Donald Trump Said He Doesn't Watch Cable News. His Tweets Show He Does

President Trump took to Twitter Monday to again tell the country he doesn’t watch a lot of TV. But his tweets on everything from the morning news to various anchors show that he is a serious student of cable news.

In interviews, tweets and cable appearances over the years, Trump has shown that he watches a lot of CNN, MSNBC and Fox news programming.

After a New York Times report that Trump watches four hours of TV, he denied, tweeting: “Another false story, this time in the Failing @nytimes, that I watch 4-8 hours of television a day – Wrong!”

The report that the Times based on interviews with 60 advisers, associates, friends and members of Congress, wasn’t the first of its kind. What he watches on the tube in the Oval Office is the subject of much interest.

Before he was elected, he famously told NBC’s Chuck Todd he even gets military advice from television in August 2015.

“Well, I watch the shows,” he said in response to a question during the interview.

For the most telling record of how TV has played a role in the President and former reality TV persona’s life, look no further than his Twitter feed.

Since taking office, he has routinely said he won’t watch CNN or MSBNC, even recently bemoaning that he had to watch CNN while he was overseas.

In one of his characteristic personal attacks on the press, he told TIME he thought CNN’s Chris Cuomo looked like a “chained lunatic” on television and that CNN’s Don Lemon is “perhaps the dumbest person in broadcasting.”

He also notably feuded with MSNBC Morning Joe hosts Joe Scarborough and Mika Brzezinski. After Trump launched an attack, the salvo was so bitter that even Jerry Springer weighed in.

It appears whether he’s a supporter or antagonist all comes down to the coverage. And Fox is quite possibly the channel that interests him most. “Fox & Friends” in particular seems to always find favor with the President.

He’s taken to Twitter a number of times to spread praise all over the show, even touting hosts Steve Doocy, Brian Kilmeade and Ainsley Earhardt on air with Tucker Carlson. “I like that group of three people,” he said in March when he was routinely encouraging the country to watch it.

“They hit me also when I do something wrong, but they have the most honest morning show,” Trump told CNN’s Jim Acosta. “That’s all I can say. It’s the most honest.”

In an interview with TIME, he gave his own commentary as he played a Fox News broadcast of a Senate hearing for TIME’s reporters in May. As Iowa Senator Chuck Grassley asked former Intelligence director James Clapper and former acting Attorney General Sally Yates if they ever requested that the names of Trump, members of Congress or his associates be identified by name, or unmasked, in a legal intelligence intercept, he had commentary: “Watch them start to choke like dogs,” Trump said during the clip. “Watch what happens. They are desperate for breath.”

And some of the most illuminating insight into his media diet comes from close TV watchers who have made a sport out of calling out when his periodic tweets contain the same language from talking points just-aired on TV. Even within the hour of Trump’s tweets.

For instance, back in November, the then President-elect tweeted “there must be consequences” for people who burn American flags just about a half an hour after Fox & Friends ran a segment about a flag burned in protest over Trump at Hampshire College.

A Today segment also seemed to find an audience with Trump apparently basing a pair of his tweets about what he considered voter fraud. Trump tweeted that millions of people cast their votes illegally in the 2016 election, despite multiple independent experts debunking this following coverage of his claims on Today and CNN.

And days before he took office, Trump tweeted that NBC’s The Today Show was “doing so badly” after the morning show questioned claims that credit should go to him for bringing jobs to the U.S.

He continued this trend, tweeting about Chicago’s “carnage” problem after The O’Reilly Factor aired crime statistics.

And then there was his tweet about Chelsea Manning, whose sentence for leaking government documents to WikiLeaks was commuted by former President Obama, which appeared to echo the language of a Fox News report.

He also suggested yanking federal funding from the University of California at Berkeley after violent protests over speaker Milo Yiannopoulos in one tweet. It came right after a Fox & Friends host Todd Starnes plead Trump to block federal funding from universities that try to “silence conservative voices” on the show.

“Free speech for all or no federal money,” Starnes said.

Trump’s tweet roughly 30 minutes later could have been right on time:

One of his most headscratching remarks happened at a Melbourne Florida rally where he made a baffling comment about a security incident in Sweden tied to immigrants, tweeting later he got his information from none other than Fox News. 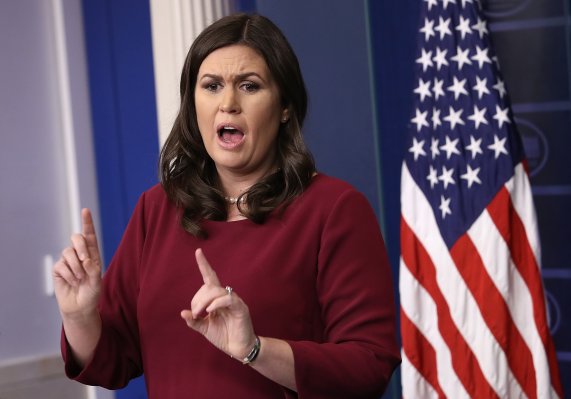