Foreign policy experts on both sides of the aisle predicted that President Trump’s decision to take the U.S. out of the world’s most significant agreement to fight climate change would leave the U.S. isolated on the issue.

Now they have one of their first examples of that argument.

Less than a year since Trump announced withdrawal from the Paris climate deal, a group of 50 world leaders — ranging from Mexican President Enrique Peña Nieto to British Prime Minister Theresa May — will gather in Paris this week for an invitation-only climate change summit hosted by French President Emmanuel Macron. Trump was not invited.

Macron told TIME in November that Trump could receive an invite if he made an announcement showing he was willing to “join the club” and address climate change. But the Trump administration has done nothing of the sort and since that interview has gone as far as pitching coal at this year’s annual United Nations climate change conference.

“You cannot renegotiate with more than 180 or 190 countries,” Macron told TIME in November of Trump’s withdrawal from the climate deal. “You disagree with that, but what’s your plan B? I don’t know your plan B.”

Macron’s two-day climate change conference, officially billed as the One Planet Summit, will focus on how to finance both the global transition away from fossil fuels and measures needed to adapt to changes already underway caused by global warming. While world leaders from across the globe have reiterated their commitment to the Paris Agreement since Trump’s withdrawal announcement in June, ensuring adequate finance for climate related projects has remained difficult.

The Paris Agreement includes a provision calling for developed countries to provide $100 billion annually in financing for climate initiatives beginning in 2020 — a number that remains far off, according to data from the Organization for Economic Cooperation and Development. The Trump administration withdrew the U.S. government’s $2 billion pledge to the Green Climate Fund, an organization led by developed countries to finance renewable energy and climate change adaptation projects, with Trump saying the commitment cost the U.S. a “vast fortune.”

“Under the Paris Accord, billions of dollars that ought to be invested right here in America will be sent to the very countries that have taken our factories and our jobs away from us,” Trump said in June. “So think of that.”

But climate policy experts say countries that embrace the fight against climate change actually stand to gain economically: the solar panels and wind turbines financed by the developed world need to be built somewhere. Macron, for instance, hopes to capitalize on as he advocates other countries address the issue. In Burkina Faso last month, Macron said he hoped French companies would make his country “Africa’s special partner in the field of climate change adaptation.” China has also invested in portraying itself as a leader on climate change while building up its clean energy industry.

Beyond finance, conference planners say the summit will feature a range of different announcements to help sustain momentum to continue fighting climate change. On Monday, Macron announced funding billed as “Make Our Planet Great Again” grants to U.S. scientists to live and work on research related climate change in France. A coalition is also expected to announce a new push to cut emissions from the shipping industry.

The Paris Agreement — reached at the end of 2015 — aims to keep temperatures from rising more than 2°C (3.6°F) by 2100, the level that scientists say will help prevent some of the worst effects of climate change. But research from the United Nations Environment Program (UNEP) shows that current commitments from countries around the world will only keep temperature rise to 3.2°C (5.8°F).

This week’s conference occurs outside the formal U.N. negotiating process, which holds one primary gathering annually that has in recent years drawn top government officials from nearly 200 countries. But climate policy experts say the discussions in Paris will help build momentum ahead of the next major meeting in Poland next year. 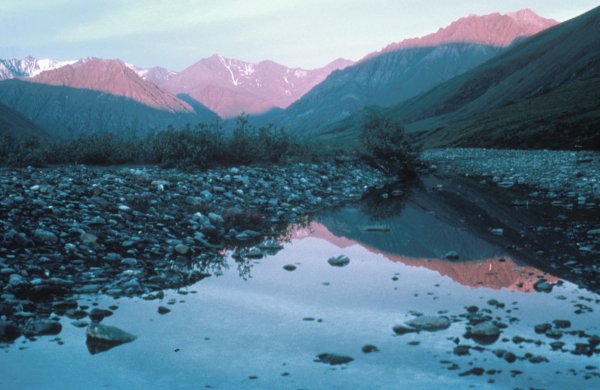