For Refugee Moms, Giving Birth Can Be Fraught with Danger

By Aryn Baker and Lynsey Addario

When Souad Iessa showed up at a hospital in Greece in the fall of 2016, the heavily pregnant Syrian refugee thought she was coming in for a routine cesarean section. It turned out to be anything but.

Iessa, 25, had spent the first six months of her pregnancy on the run, and another three in a poorly served refugee camp with little access to prenatal care. Nurses from the mobile clinic that served Iessa’s camp had no way of knowing that her placenta was in the wrong place. Because she had already had two cesarean deliveries back in Syria, they scheduled her for a third. That decision saved her life.

Had Iessa gone into labor or attempted a natural delivery, she almost certainly would have died. Instead, ultrasound technicians at Ippokrateio General Hospital in Thessaloniki spotted the anomaly, and rushed her into what turned into a four-hour surgery to deliver a healthy baby girl. In the process, a team of 12 doctors and nurses had to remove her uterus and reconstruct her bladder.

What put Iessa’s life in danger was that no one had identified the problem ahead of time. Guidelines from the World Health Organization recommend that women have at least eight visits with a health worker or midwife during their pregnancy to ensure a safe birth. Refugees rarely have that opportunity, and, like Iessa, only get to see a doctor on the day of their delivery.

“People think refugees only need food, water and basic health care, but reproductive health is a lifesaving intervention,” says Felicia Jones, the sexual and reproductive health specialist for the United Nations Population Fund project in Greece. “If you don’t make sure that women have access to basic emergency obstetric and newborn care—including prenatal care—women and babies will die.”

There is no formal tracking of the number of babies born to refugees and asylum seekers in Europe, but the United Nations refugee agency estimates that approximately 54,000 babies were born to Syrian refugees in Europe in 2016. While local NGOs and national health services do the best they can to help vulnerable populations, it’s likely that few pregnant asylum seekers received adequate care in the months living up to their deliveries. Indeed, a recent survey of 14,000 refugee women in Greece by the medical charity Doctors of the World revealed that medical care was inadequate or non-existent for 72% of their health problems. Less than 47% of the women had access to any reproductive healthcare before they arrived at one of the project’s clinics. (The survey, along with Doctors of the World’s Mother and Child Program, was funded in part by Merck for Mothers, which also supports TIME’s Finding Home project, a multi-part series looking at refugee issues in Europe).

Unlike many parts of the world, maternal mortality is quite low in Europe, largely due to well-developed medical intervention programs and the fact that few women deliver at home. That doesn’t mean that more can’t be done, especially for refugees and migrants who fall through the cracks of traditional medical systems. In most cases, refugees and asylum seekers are entitled to emergency care wherever they are, says Roumyana Petrova-Benedict, the International Organization for Migration’s Senior Regional Migration Health Advisor for Europe. But when it comes to pregnancy, she adds, “anything beyond a miscarriage or a delivery is not considered an emergency.” Yet, as Iessa’s story shows, without prenatal care a routine problem can quickly become an emergency. 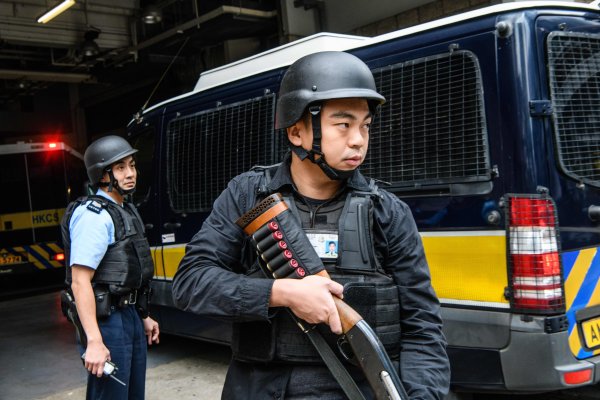