President Trump argued that he does not watch a lot of television Monday.

Responding to a New York Times report which said he wakes up at 5:30 a.m. to start watching cable news and can watch least four hours of television a day, often with the sound muted, Trump tweeted that the story was “false.”

“Another false story, this time in the Failing @nytimes, that I watch 4-8 hours of television a day,” he tweeted. “Wrong!”

The report, which was based on interviews with 60 advisers, associates, friends and members of Congress, was not the first one to say that Trump watches TV. An Axios report from January broke down a media diet that included “Morning Joe,” “Fox and Friends,” CNN and the Sunday news shows. In an exclusive interview with TIME in May, Trump showed off a new 60-plus-inch flat-screen television installed at the White House which allows him to scroll through news clips from earlier in the day.

In response to a fact-checking question submitted by the New York Times for the same story earlier in November, Trump told reporters aboard Air Force One en route to Asia that he does “not watch much television.”

“Believe it or not, even when I’m in Washington or New York, I do not watch much television,” he said. “People that don’t know me, they like to say I watch television — people with fake sources. You know, fake reporters, fake sources.”

“But I don’t get to watch much television,” he added. “Primarily because of documents. I’m reading documents. A lot.”

During the trip, Trump also complained that he was forced to watch CNN because he was overseas. 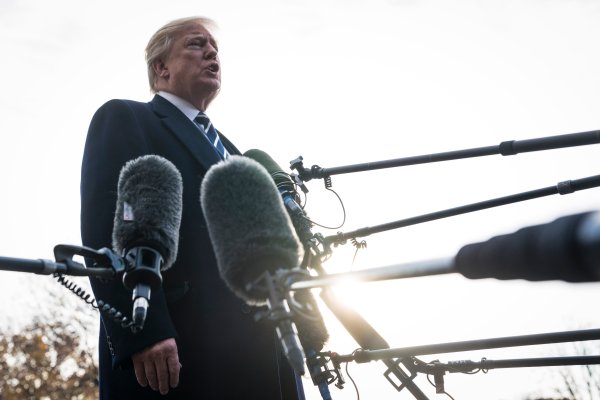