Women Who Accuse President Trump of Sexual Misconduct Are Speaking Out. Watch Here

Several women who have accused President Donald Trump of sexual misconduct are giving a group press conference Monday morning to call on Congress to investigate their allegations. You can watch live here.

This is the first time the women will appear together to tell their stories about Trump, according to Brave New Films, a studio that has organized for progressive issues.

Brave New Films did not specify how many women will appear. However, the studio said the women involved in the press conference are some of the 16 who were featured in its November film 16 Women and Donald Trump, which details the sexual misconduct accusations that 16 people have made publicly against the President.

The White House has said the women who accuse Trump of sexual harassment are lying, and Trump himself has called the accusations “total fiction.”

Read More: Here’s Everything You Need to Know About the Sexual Allegations Against Donald Trump

On Sunday, U.N. Ambassador Nikki Haley said that women who accuse men of sexual misconduct—including those who have implicated Trump—deserve to be heard. 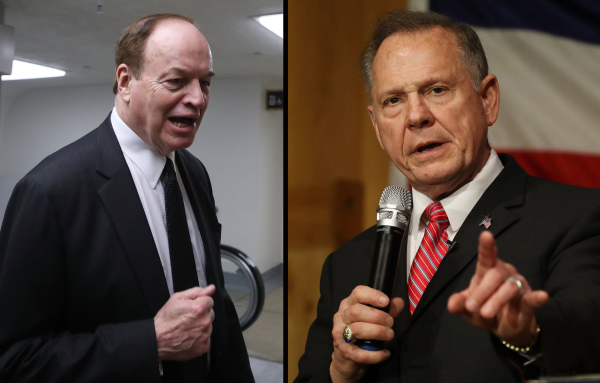 Alabama Sen. Richard Shelby Says He Couldn't Bring Himself to Vote for Roy Moore
Next Up: Editor's Pick