Sounds like Stranger Things fans are going to have plenty of time to revisit the Hawkins’ kids first two seasons of encounters with the monsters of the Upside Down.

In an interview with Variety at the Dubai International Film Festival, David Harbour – otherwise known as Chief Jim Hopper – revealed that the third season of the hit sci-fi series probably won’t hit Netflix for more than a year due to the lengthy screenwriting process of creators Matt and Ross Duffer.

“I mean, one of the things that’s annoying for fans is that it takes us a long time to do them,” he said. “Like, you probably won’t get [Season 3] until sometime in 2019. But also part of the thing is, like any good thing, they need time. And those guys work so hard. I mean, they just sit in their apartment and write for 12, 14 hours a day.”

We wish we could say Harbour was pulling a fast one on us, but as we all know, friends don’t lie. 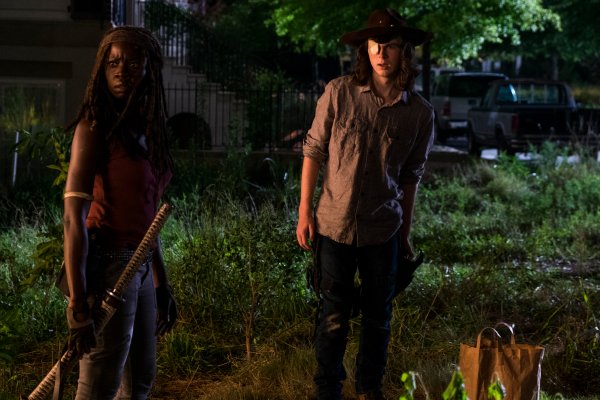 'The Walking Dead' Just Sealed the Fate of This Character
Next Up: Editor's Pick