Today's Doodle celebrates the 135th birthday of Max Born, German physicist and mathematician who was awarded the Nobel Prize for his contribution to the field of quantum mechanics.
Kati Szilagyi/Google Images
By Casey Quackenbush

German physicist and mathematician Max Born, awarded a Nobel Prize for his contributions to quantum physics, is seen hunched happily over a flurry of textbooks and scribbled equations in Monday’s Google Doodle. The illustration honors what would be his 135th birthday.

The 1954 laureate is most famous for establishing the Born rule, a theory that uses mathematical probability — rather than exact equations — to predict the location of wave particles in a quantum system. Quantum mechanics is a branch of physics that examines nature at the atomic level. The field has led to the development of major technologies such as lasers, computers and MRIs.

Born’s theory revolutionized the basis of quantum mechanics predictions and ultimately transformed technology as we know it today.

Worked with several other renowned mathematicians, Born earned his Ph.D. from Germany’s Göttingen University in the early 1900s. Of Jewish descent, he served as a professor of theoretical physics there until he had to flee Nazi Germany in 1933. For the next twenty years he worked as a professor of natural philosophy at the University of Edinburgh. In 1954, Born returned home to Göttingen to retire.

Born continued his scientific work through retirement until his death in 1970 at age 87. 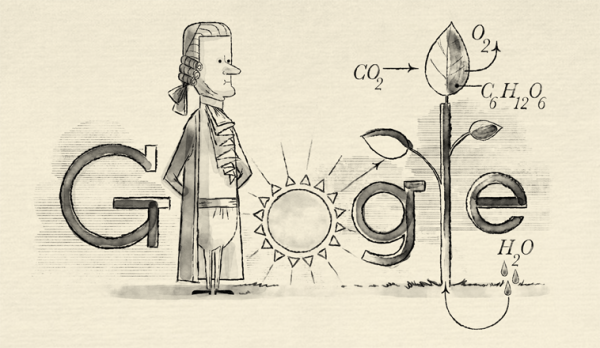 Jan Ingenhousz Honored With Google Doodle
Next Up: Editor's Pick