Hundreds of protesters marched on a local government office in Beijing Sunday in a rare show of public dissent following a slew of forced evictions in the capital.

Beijing’s 40-day citywide cleanup is the largest demolition campaign since preparations for the 2008 Olympics, according to the Financial Times. Ostensibly aimed at removing fire hazards from warehouses and apartment buildings, it has left tens of thousands of migrant workers homeless.

Some activists have accused authorities of using the deadly fire to justify an ongoing depopulation drive in migrant-inhabited areas of the city.

Although public demonstrations are rare on the mainland, this is not the first time Beijingers have taken to the streets over what they say are unreasonable evictions. In June this year more than 100 shopkeepers protested the closure of parts of a popular market near the Bejing Zoo.

Sunday’s demonstrators reportedly chanted “forced eviction violates human rights,” and held signs bearing the same message. According to the Guardian, the protests were not reported in China’s Communist party-controlled press.

Willy Lam, a professor at the Chinese University of Hong Kong’s center for China studies, tells TIME that in recent years China has become more effective at putting down protests.

“What’s unique about the Bejing case is that it’s a particularly egregious human rights violation, plus the number of people involved,” Lam said of the tens of thousands of mid-winter evictees, who mostly work in low-skilled jobs such as construction and domestic care.

“They have provided services for Beijing residents,” Lam added, “and they rightfully have a sense of entitlement because many of them have been in Beijing for more than 10 years, so the anger is commensurate with this sense of injustice.” 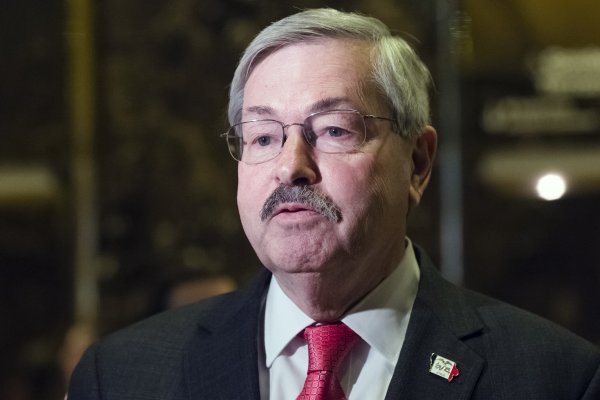 U.S. Ambassador to China: 'North Korea Is the Biggest Threat to Humankind'
Next Up: Editor's Pick