Thousands of protestors gathered outside the U.S. embassy in Jakarta, Indonesia’s capital, this weekend in the latest demonstrations against President Donald Trump’s decision to recognize Jerusalem as the capital of Israel.

Led by the Islamist opposition Prosperous Justice Party, or PKS, around 6,000 protesters convened in front of the embassy in Jakarta, a police spokesperson told the Straits Times. The turnout marks a dramatic uptick from an earlier rally held on Friday.

The protestors, many of whom were dressed in jubah, or Islamic robes, carried Palestinian flags and signs that read, “Say no to Trump” and “Save al-Aqsa,” reports Anadolu Agency, referring to the mosque located in the Old City of Jerusalem.

PKS said in a statement that Trump’s decision to recognize the contested capital as belonging solely to Israel was “a form of humiliation and provocation against Muslims all over the world,” the Associated Press reports.

On Sunday, a separate protest organized by activists from Masyarakat Relawan Indonesia, or the Indonesia Volunteer Society, gathered at the Hotel Indonesia roundabout, not far from the embassy, according to the Straits Times.

Not only has Trump upended seven decades of U.S. foreign policy, but he may also “shake up security in the Middle East and the world,” Jokowi said in his speech, according to a transcript published by the Jakarta Globe.

“Indonesia strongly condemns the United States’ formal recognition of Jerusalem as the capital of Israel,” Jokowi said in his address. “We ask President Trump to reconsider the decision.”

Protests have spread across Muslim-majority countries united in solidarity with Palestine, which views East Jerusalem as its rightful capital. Clashes have erupted in Israel, Palestine and Lebanon, while Malaysia, Bangladesh, Pakistan and Iran have all joined in condemnation.

Washington’s decision drew unanimous dissent from every non-U.S. member of the U.N. Security Council on Friday. 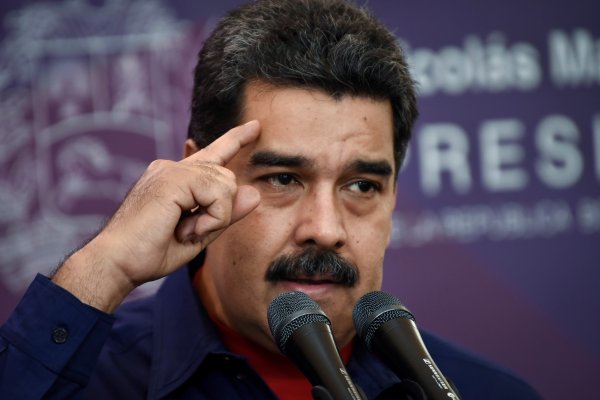 Venezuela's Opposition Banned from 2018 Elections
Next Up: Editor's Pick