After surviving more than seven seasons of walker ambushes, food rations and fatal games of eeny, meeny, miny, moe, it seems that Carl Grimes (Chandler Riggs) has finally met his end on The Walking Dead.

In the final scene of Sunday’s mid-season finale, Carl revealed to Rick (Andrew Lincoln) and Michonne (Danai Gurira) that he had been bitten by a walker at some point in the time leading up to the Saviors’ attack on Alexandria.

Past characters have been able to sidestep death by walker-bite by amputating their bitten limbs. However, Carl’s wound is on his side, meaning his fate is all but sealed.

Even showrunner Scott M. Gimple seemed to admit that while Carl still has an important role to play, he isn’t long for the world of TWD. “It will play out as bites play out on the show,” Gimple said during a post-episode appearance on The Talking Dead. “I’m just focused on the fact that right now Carl is alive and he has some business to attend to… But that is a one-way ticket.”

Carl is one of the few remaining original characters on The Walking Dead and as Rick’s son, has often served as a grounding presence for the show’s lead. “Finding some way forward, that’s more,” Carl explained to his dad in a flashback that hinted at what was to come in Sunday’s episode. “That’s something more. That’s how it’s gotta be.”

The Walking Dead will return for the second half of its eighth season in February. 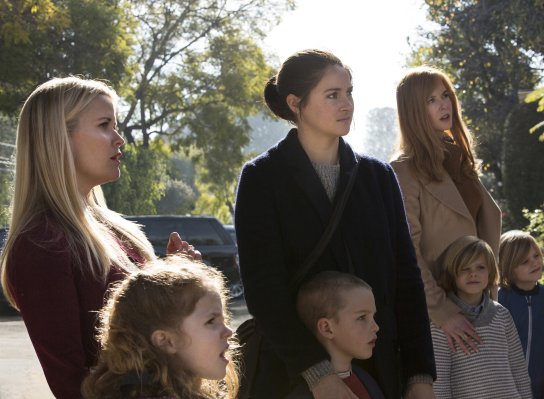 Big Little Lies Is Coming Back for a Prayer-Answering Season 2, But There's One Major Change
Next Up: Editor's Pick