This undated picture released by North Korea's Korean Central News Agency (KCNA) via KNS on March 7, 2017 shows the launch of four ballistic missiles by the Korean People's Army (KPA) during a military drill at an undisclosed location in North Korea.
STR—AFP/Getty Images
By Lisa Marie Segarra

Tremors were detected near North Korea’s nuclear test site Saturday, but they are likely aftershocks from the large nuclear test conducted in September, officials said.

The test, which took place Sept. 3, was the country’s sixth and largest underground nuclear test, according to Reuters.

There have been a number of tremors felt in the area since the test, prompting experts to think that the mountainous area may have been damaged as a result of the tests, Reuters reported.

Pyongyang claimed that they tested a hydrogen bomb, and has suggested that its next test would be conducted above ground. North Korean leader Kim Jong-un has also said that all of the United States is now within the country’s range. 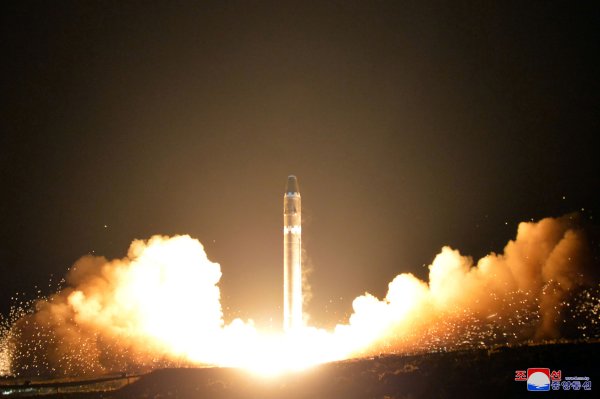 'It's Crazy.' Lindsey Graham Says It's Time to Move Americans Out of Korea
Next Up: Editor's Pick