'She Chose to Treat Them Like Trash.' Woman Pleads Guilty to Hiding Her Dead Babies Under a House

A North Carolina woman pleaded guilty on Thursday to hiding trash bags containing the remains of her two dead infants under a Smithfield home rented by her mother.

Bridgette Morgan Smith, 41, pled guilty to two counts of failing to report a death, a felony charge in North Carolina, the News and Observer reports. Under her plea agreement, Smith was sentenced to serve a minimum of six months, and a maximum of eight months, for each count.

The babies were first discovered in April 2016, according to the News and Observer, when Smith’s mother’s son spotted the trash bags while installing cables in the crawl space beneath her home. Smith was not charged until June of this year.

Smith’s mother, Pamela McBride, told authorities that her daughter has a history of drug addiction and has been pregnant approximately 10 times, though she could only name three children that resulted from those pregnancies, the News and Observer reports. (McBride said she had custody of two of the children, an 8-year-old girl and a toddler boy.) Physical evidence seized by the police, as well as Smith’s testimony, suggests that the deceased infants were Smith’s own children.

Smith said both children were delivered in the bathroom of her mother’s home, according to the News and Observer, but both appeared to be dead at birth, so, frightened, she wrapped them in towels, placed them in trash bags and hid them beneath the house. The state medical examiner’s office was not able to conclusively determine whether the children were dead or alive, according to the report, but evidence suggests that they were alive at birth.

“This defendant showed an utter disregard for the lives of her children,” Johnston County District Attorney Susan Doyle said during Smith’s court appearance on Thursday. “She chose to treat them like trash.” 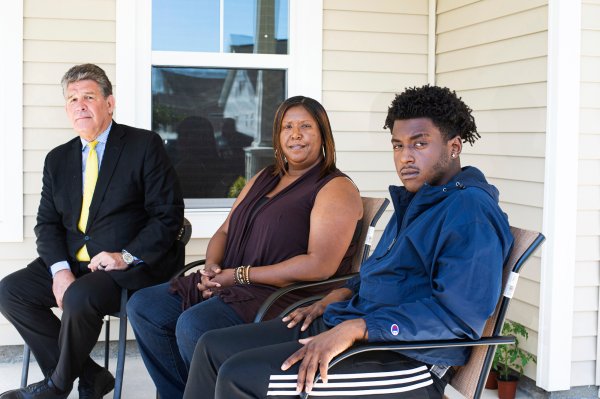