Former Massachusetts Sen. Brian Joyce was charged Friday with taking more than $1 million in bribes — including, according to a 102-page indictment, 704 pounds of free Dunkin’ Donuts coffee.

The former Democratic legislator apparently took bribes from a variety of companies and individuals looking to trade in on his influence, then laundered the money through his law offices, intentionally making the sums look like legal fees, the Associated Press reports. Joyce was arrested at his home on Friday morning, and has been charged with a litany of crimes including racketeering, extortion, wire fraud and money laundering, according to AP. Joyce pleaded not guilty in Worcester’s federal courthouse Friday.

Among Joyce’s more colorful alleged exploits, according to the indictment, was taking hundreds of pounds of free coffee from a Dunkin’ Donuts franchise owner, in addition to more than $125,000 in “purported legal fees.” The document says Joyce specifically asked in an email for “no decaf” and said “we like k cups at my office if possible.”

Among other bribes, Joyce also reportedly received a Jeep worth almost $35,000, monetary kickbacks from an energy company and more.

“We believe Mr. Joyce was greedy, plain and simple,” Harold Shaw, head of the Boston FBI office, said during a news conference Friday. 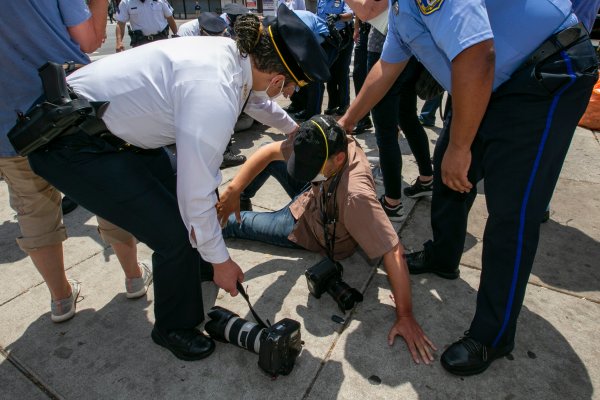