Authorities have confirmed that a woman found dead in her car in Santa Paula, Calif., was the first casualty of wildfires ripping through the state.

Virginia Pesola, 70, was killed in a car crash Wednesday while driving along a fire evacuation route in an effort to escape the blaze, the Associated Press reports. She was found in her vehicle in Wheeler Canyon.

On Friday, “blunt force trauma to the head with terminal smoke inhalation and burns” was announced as her cause of death, according to AP, and the coroner declared hers the first death connected to the wildfires.

While no other deaths have been reported in connection with the fires, more than 100,000 people have been forced to evacuate their homes, the Los Angeles Times reports. The fires have burned through thousands of acres in Southern California, closing schools, businesses and roads as they go. 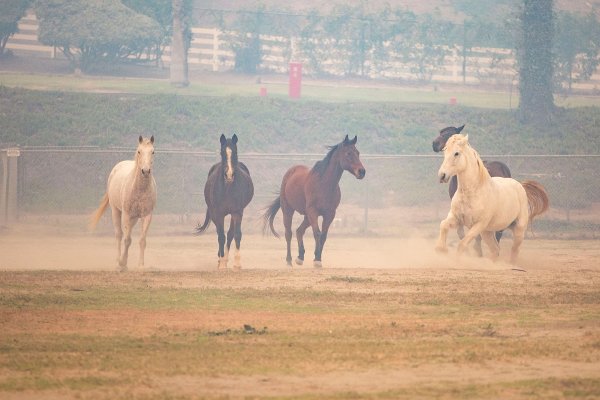 Ranch-Hands Race to Free 500 Thoroughbred Horses Amid California Wildfires
Next Up: Editor's Pick