Decades before he represented Georgia in the House of Representatives, Democrat John Lewis was a linchpin of the civil rights movement, a young firebrand from Alabama who in 1965 worked with Martin Luther King, Jr. to lead the historic march out of Selma. Not for the first time, Lewis is now in a feud with President Donald Trump.

The latest spat began Thursday, when John Lewis announced that he would not be joining the President on stage during Trump’s forthcoming visit to the new Mississippi Civil Rights Museum. “President Trump’s attendance and his hurtful policies are an insult to the people portrayed in this civil rights museum,” Lewis said in a statement.

Here’s what to know about the situation between civil rights leader John Lewis and President Donald Trump.

Who is Congressman John Lewis?

John Lewis is one of the most prominent members in the House Democratic Caucus. He’s represented Georgia’s 5th Congressional District for nearly 21 years, popular in his home district and known on the Hill for his outspoken defense of liberal policies. At 77, age has not wearied him in any apparent sense.

But John Lewis’ political roots are in civil rights. Lewis grew up in Jim Crow Alabama, a hotbed of racism and discrimination in the pre-civil rights era. He found his calling early: As a college student in Nashville, Lewis played a major part in the sit-in movement there. Lewis was also a major player in the Freedom Riders movement, protesting segregated public transit. Later, he helped lead the voting-rights movement in the mid-1960s. As Sen. Cory Booker noted in a tribute to Lewis, he is the last person still alive who spoke at the seminal March on Washington.

Lewis often uses tactics from the battles over civil rights in his work on Capitol Hill. He has held sit-ins at the Capitol to protest a number of issues, from gun control to immigration, for instance.

What’s the relationship like between John Lewis and President Donald Trump?

John Lewis has been one of Trump’s most vociferous critics in the House. Back in January, in the weeks before Trump took office, Lewis said that Trump was not a “legitimate president” and boycotted his inauguration. Lewis also said that he would never invite Trump to Selma, where decades earlier he led the march to Montgomery.

Why are John Lewis and President Donald Trump feuding over a civil rights museum?

The feud between President Trump and John Lewis was rekindled when Lewis announced on Thursday that he would not be joining the President onstage for the opening of the Mississippi Civil Rights Museum. The museum opens in Jackson on Saturday, according to its website. Trump will travel there after a Friday night rally in Florida, where he is expected to advocate for Roy Moore, the controversial Alabama Senate candidate who has spoken out on, among other things, gay rights.

“President Trump’s attendance and his hurtful policies are an insult to the people portrayed in this civil rights museum,” Lewis said in a statement. “The struggles represented in this museum exemplify the truth of what really happened in Mississippi. President Trump’s disparaging comments about women, the disabled, immigrants, and . . . countless others who have given their all for Mississippi to be a better place.”

“We think it’s unfortunate that these members of Congress wouldn’t join the president in honoring the incredible sacrifice civil rights leaders made to right the injustices in our history,” Sanders said in a statement quoted by Reuters. “The President hopes others will join him in recognizing that the movement was about removing barriers and unifying Americans of all backgrounds.” 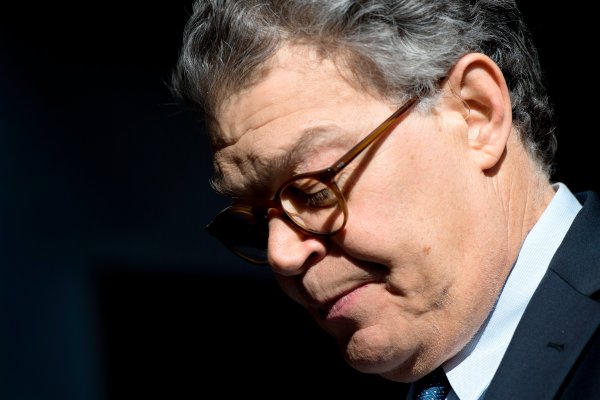 Congress Reached a Tipping Point on Sexual Harassment This Week
Next Up: Editor's Pick