A History of Princess Margaret and Lord Snowdon’s Unconventional Relationship

Season one of Netflix’s big-budget royal series, The Crown, dug into Princess Margaret’s affair with Peter Townsend, a commoner and married man who was more than a decade older than the queen’s sister.

After realizing, during the first season, that marriage to Townsend would require her to surrender her royal income, renounce her claim to the throne and leave England for at least five years, Margaret put her feelings aside and, according to TIME’s 2002 obituary of the princess, “rebounded smartly” from the ordeal.

However, episode seven of The Crown‘s second season shows Margaret, who is portrayed by Vanessa Kirby, overcome with emotion after receiving a letter from Townsend informing her that he has decided to ask a 19-year-old woman named Marie-Luce Jamagne to marry him. In the following scene, Margaret tentatively suggests the idea of marriage to her beau, the avant-garde photographer Antony Armstrong-Jones, played by Downton Abbey‘s Matthew Goode.

But did Margaret really rush into marriage with Armstrong-Jones after receiving the devastating letter? And was the unconventional couple’s relationship similar to how it is portrayed in The Crown? Below, we unpack the relationship between the princess and the photographer.

Did Armstrong-Jones take and publish a revealing photograph of Margaret?

In the fourth episode of season two, Margaret takes part in a rather revealing photoshoot in Armstrong-Jones’ glamorous studio. Armstrong-Jones then sends the resulting photograph — in which the Princess appears to be nude — to the Times of London, which publishes it, much to the shock of the Royal Family (aside from Prince Philip, who appears to find the whole event rather amusing).

In reality, Armstrong-Jones did photograph Margaret, but the incident happened in 1967, seven years after the pair was married. That said, the photo in The Crown is a remarkably similar recreation of the original. But unlike in the show, there is a lack of evidence to suggest the portrait was ever published.

Comments made by Jonathan Aitken, a former Conservative Member of Parliament, suggest that Townsend’s letter did indeed exist.

B.B.C. News reports that Margaret told Aitken that her decision to marry Armstrong-Jones struck on the very same day in 1959 that she received the letter announcing Townsend’s intention to marry another woman.

According to Aitken, Margaret told him, “I received a letter from Peter in the morning, and that evening I decided to marry Tony… I didn’t really want to marry at all. Why did I? Because he asked me! Really, though, he was such a nice person in those days. In a way he introduced me to a new world.”

Antony Armstrong-Jones and Princess Margaret share a moment at their engagement party in The Crown.
Alex Bailey / Netflix

Did the queen object to the marriage?

In The Crown, the queen, played by Claire Foy, does not object to Margaret’s announcement that she is planning to marry Armstrong-Jones — but neither does she appear pleased to hear the surprising news.

“I promise that I will never do anything to block any marriage of yours ever again,” she tells her sister, referring to what happened between Margaret and Townsend years before.

Indeed, the pair did get married. However, as the show depicts, the queen asked Margaret to delay the announcement of her engagement until after the birth of Prince Andrew, in Feb. 1960. “It’s a tiresome protocol issue. Until the sovereign’s child is born, no other family announcements can be made,” explains the queen.

Did the couple marry at Westminster Abbey?

Yes, the couple married at Westminster Abbey on May 6, 1960, as shown in episode seven of The Crown. However, as the queen’s shocked reaction in the show suggests, Margaret’s decision to marry in the historic church was a controversial one.

Most European royal families boycotted the wedding due to the princess marrying a commoner, albeit one educated at both Eton school and Cambridge university.

Following the pair’s wedding, Armstrong-Jones took on the title of Lord Snowdon and was known as such until his death in January 2017.

Princess Margaret at a celebration held in Queen Elizabeth II and Prince Philip's honour in The Crown.
Alex Bailey / Netflix

Was Armstrong-Jones having multiple affairs?

In The Crown, the queen is informed that Armstrong-Jones is having affairs with three women prior to his marriage to Margaret: the dancer and singer Jacqui Chan, actress Gina Ward and his former assistant, Robin Banks. Reports of his infidelity are detailed in a 2009 biography by Anne de Courcy, who interviewed Snowdon at length for the book.

Season two of The Crown also suggests that Armstrong-Jones is bisexual and includes scenes of him in bed with his best friend Jeremy Fry and his wife, Camilla Fry. “There is reason to suggest that Mr Armstrong-Jones has a taste for members of his own sex,” the queen is told. In real life, Lord Snowdon once said that he “didn’t fall in love with boys, but a few men have been in love with me.”

Were the pair happily married?

Rather unsurprisingly given the above, they were not. Margaret and Armstrong-Jones divorced in 1978 after 18 years of marriage, when the princess was 47 and Lord Snowdon, 48. They had two children together: Sarah Chatto and David Armstrong-Jones.

“By 1967 the marriage began to show visible strains. Rumors abounded of Snowdon’s dalliance with fashion models. Increasingly, Margaret appeared imperiously scornful of him in front of friends, throwing down too many gins and tonic, while he tooled around with a trendy branch of the Mayfair smart set,” wrote TIME when reporting on the divorce in 1978. 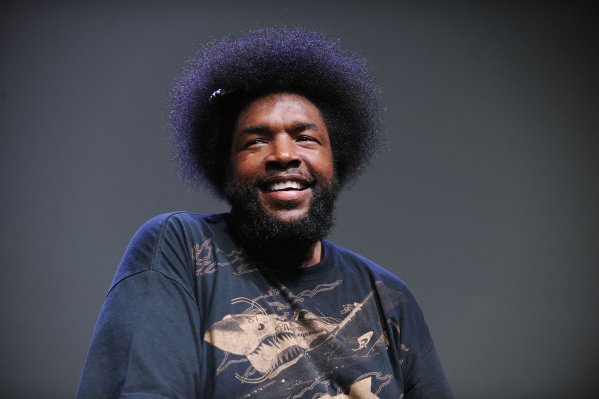 Why Questlove's Discovery About His Ancestry on 'Finding Your Roots' Is So Unusual
Next Up: Editor's Pick