Arizona Republican Rep. Trent Franks announced Thursday night he will resign from Congress at the end of January after the House Ethics Committee said it would open an investigation into allegations of sexual harassment.

“I have recently learned that the Ethics Committee is reviewing an inquiry regarding my discussion of surrogacy with two previous female subordinates, making each feel uncomfortable,” Franks said in a statement. “I deeply regret that my discussion of this option and process in the workplace caused distress.”

Franks said in his statement that had never “physically intimidated, coerced, or had, or attempted to have, any sexual contact with any member of my congressional staff.”

House Speaker Paul Ryan said Thursday night he accepted Franks’ resignation. In his statement, Ryan said he learned last Wednesday of “credible claims of misconduct” by Franks and approached the Republican representative about the allegations. Franks did not deny the allegations, according to Ryan’s office.

Franks, who has served in Congress since 2002, is a member of the conservative House Freedom Caucus and has often taken strong anti-abortion stands. In his resignation statement, he said he and his wife have struggled with infertility and used multiple surrogates in the past. He said he discussed these issues with two female subordinates.

He also said that the current political climate of many women coming forward with allegations of sexual harassment led him to want to avoid an Ethics Committee investigation.

“We are in an unusual moment in history – there is collective focus on a very important problem of justice and sexual impropriety. It is so important that we get this right for everyone, especially for victims,” Franks said.

“But in the midst of this current cultural and media climate, I am deeply convinced I would be unable to complete a fair House Ethics investigation before distorted and sensationalized version of this story would put me, my family, my staff, and my noble colleagues in the House of Representatives through hyperbolized public excoriation.” 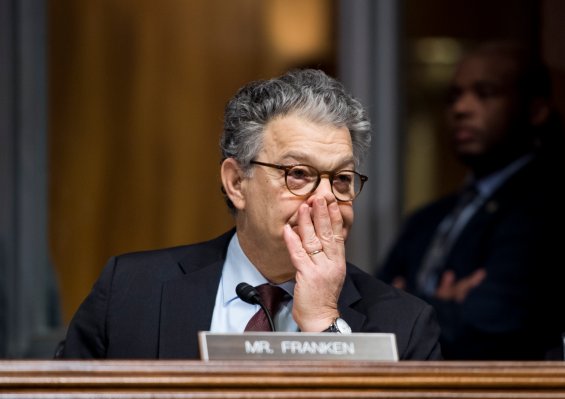