In the past five years, eight states and Washington, D.C., have legalized recreational marijuana for adults. Today, 68 million people live in areas where marijuana is treated like alcohol or tobacco. The drug is sold in stores, millions of tax dollars are being raised from its sale, and an increasing number of businesspeople are profiting in this lucrative new industry. Long seen as either a hippie accessory or a dangerous gateway drug, legal marijuana is booming. Pot is so popular that, in 2015, its sales surpassed Girl Scout cookies, Oreos, and Dasani bottled water. By 2026, analysts predict it will match, and eventually outpace, America’s $50 billion wedding industry.

How did this happen? How did marijuana transform from a primary target of Just Say No into something that, according to a recent Gallup poll, 60% of Americans want legalized? The answer lies in five decades’ worth of grassroots activism, in which legions of the drug’s supporters pushed to move marijuana from decriminalization to criminalization to legalization.

But, while legalization proponents may declare victory in the war over marijuana today, history shows that the debate is far from settled.

In fact, we’ve been here before. Between 1973 and 1978, a dozen states decriminalized the possession of up to an ounce of marijuana. Pro-pot activists, many of them young veterans of the anti-war and civil-rights movements, argued that marijuana wasn’t as harmful as the government said it was, and that laws against it were unjust. In the era of Watergate and the Pentagon Papers, they built on America’s growing distrust of the government to pass less restrictive marijuana laws at the state level. It worked: by 1978, a third of the country lived in states where marijuana possession warranted little more than a fine.

But a multi-million dollar paraphernalia industry followed in decriminalization’s wake. By 1977, sales of pipes, bongs, rolling papers and drug-oriented magazines and toys were generating $250 million a year (equivalent to $1 billion today). There was little to no regulation or oversight on this booming new industry, however. Products that seemed directly targeted to kids — including Frisbees with pipes on them and bongs shaped like spaceships — were sold openly, often in corner shops and music stores.

Before long, a counterrevolution unfolded, as an army of concerned parents tied paraphernalia’s availability to rising rates of adolescent marijuana use. By 1978, nine percent of high school seniors reported smoking pot every day, and children as young as 13 reported that the drug was easy to get. The “parent movement” sought to close “head shops” and rescind decriminalization laws, while organizing local groups to prevent adolescent drug use in their communities.

By 1981, the parent movement had effectively overturned many state decriminalization laws, and soon it was guiding the new First Lady in her battle against pot. Unpopular when her husband first took office, Nancy Reagan was encouraged by parent activists to adopt adolescent drug-abuse prevention as her platform, and her approval ratings skyrocketed in response. Despite decreasing rates of adolescent use, Reagan and parent activists continued to declare that adolescent marijuana use was nothing less than a “national emergency.” This emphasis on the danger of adolescent drug use helped fuel the administration’s punitive drug war, especially when new laws were passed in the wake of the crack cocaine epidemic in 1986.

With the White House behind them, it took less than a decade for parent activists to demonize marijuana nationwide. These activists were powerful because of how effectively they shifted the debate. Whereas pro-marijuana advocates supported decriminalization on the basis of an adult’s right to privacy and freedom, parent activists said that children had a more important right to grow up drug-free. And though many Americans supported decriminalization in the 1970s, once rates of adolescent use started to rise, and when paraphernalia manufacturers sold items to kids, the country’s attitude toward marijuana experienced a swift reversal.

Something similar could happen today. Marijuana has experienced a renaissance since the 1990s, when the first medical marijuana laws were passed. Today, 60% of Americans support legalization, and many tie it to calls for social justice. Organizations like the ACLU and authors like Michelle Alexander argue that non-white Americans have been disproportionately incarcerated for nonviolent marijuana crimes, even though blacks and whites use the drug in equal numbers. A rising national insistence on addressing inequity in policing, alongside over two decades of precedent selling marijuana as a medicine, have birthed legalization’s powerful new shift.

But the winds could swiftly change. If large numbers of kids start consuming cannabis, or if the industry grows predatory and unmanageable, or if legalization just isn’t the panacea for social justice issues it’s claimed to be, a new anti-marijuana counterrevolution could unfold, just as it did in the 1980s. It will have the support of the current administration, too, since Attorney General Jeff Sessions remains focused on re-criminalizing marijuana even as the country experiences an unprecedented opioid epidemic. If the new legalization industry regulates itself, however, and avoids the pitfalls that befell decriminalization 40 years ago, it may last longer than America’s previous experiment with loosening restrictions on pot.

Pro-legalization activists are celebrating the widespread adoption of new marijuana laws, but if history is any guide, declarations of legal marijuana’s permanence may be premature. Still, America’s previous experiments with both legalization and criminalization can provide clues for how to handle the country’s newest legal shift.

Emily Dufton is the author of the new book Grass Roots: The Fall and Rise of Marijuana in America. 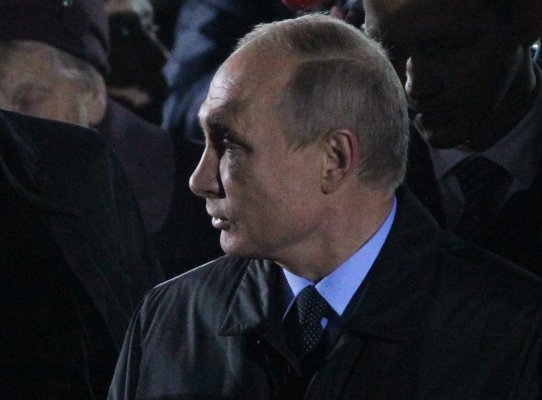 What Does Vladimir Putin Fear? His Own People
Next Up: Editor's Pick