How to Help the Victims of the California Wildfires

Wildfires sweeping through southern California have forced more than 200,000 people to evacuate their homes. The largest blaze, the Thomas fire, has already burned through 90,000 acres, and threatens to spread further as 80-mph winds fan its flames.

There have been no reports of any deaths so far, but more than 150 homes have been destroyed in Ventura County alone. (Other affected counties include Los Angeles, while red-flag warnings have been issued for various counties throughout California.) That fire, called the Ventura Fire, has been burning since Monday.

“We got knots in our stomach coming back up here,” Lisa Kermode, who was forced to evacuate her home in Ventura, told the Associated Press. “We lost everything, everything, all our clothes, anything that was important to us. All our family heirlooms — it’s not sort of gone, it’s completely gone.”

Here’s where you can make Thomas fire donations to help victims in California.

The website of the Thomas Fire Fund, set up by a coalition of emergency service groups, was down on Wednesday due to server overload. However, you can still make Thomas fire donations by texting “UWVC” to 41444 or calling 805-485-6288.

You can donate to the Salvation Army’s Ventura relief fund online or by calling 1-800-SAL-ARMY.

The greater Los Angeles region division of the Red Cross has opened three centers for evacuees to seek shelter. You can make donations online or call 1-800-RED-CROSS.

GoFundMe has set up an official list of campaigns people have set up to collect donations for their own rebuilding efforts, after having their homes devastated by the California fires. 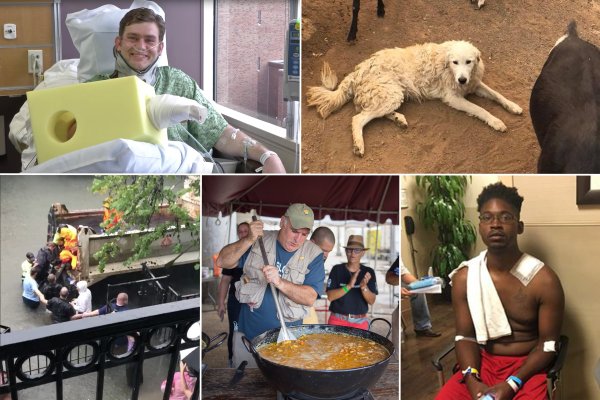