Millennials flocked to U.S. cities over the past decade, but in some places, the migration appears to be reversing. After years of growth, the population of millennials in Boston and Los Angeles has fallen since 2015, with more young people leaving the cities than arriving last year, according to the latest Census data. And millennial growth has slowed in large hubs like Chicago, New York and Washington, D.C.

Dowell Myers, professor of demography at the University of Southern California, first suggested in 2015 that cities would begin to see declines in millennials. With the largest birth group turning 27 this year, Myers says it’s only a matter of time before millennials head to the suburbs for more space.

To see which cities have reached “peak millennial” — a term Myers coined —we analyzed a decade of Census data through 2016. We found that while tech hubs like San Francisco and Seattle are still drawing young people, large East Coast cities, like New York and D.C., are fast approaching peak millennial, with plateauing populations of those born between 1980 and 1996. And then there are cities like Boston, which already appear to have reached their peak. Boston lost roughly 7,000 millennials in 2016, after a record high of 259,000 the previous year.

“They’re doing what every generation does — they get married, start a family and think about having a backyard and looking at school systems,” says Jim Rooney, president of the Greater Boston Chamber of Commerce. “I think that’s a pattern that we expect to experience, and to some to degrees are beginning to experience.”

In a survey earlier this year, Rooney found millennials are hopeful about Boston’s economic future, but less hopeful about their ability to participate in it. Why? “The cost of housing — they didn’t think they would be able to deal with buying a home,” he says. Zillow estimates the median home in Boston costs $561,000, and home prices are growing at more than double the rate of hourly wages.

In Chicago, the millennial population appears to have plateaued, hitting 814,000 in 2015 and falling by a few hundred in 2016. Jack Lavin, president of the area’s Chamber of Commerce, says the city has to compete with others around the country for young workers. “They’re making decisions on quality of life,” Lavin says. “If they’re having children, they’ve got to think about schools, they’re thinking about how to get to work — these are the challenges for urban areas to retain and attract new talent.”

While the millennial population may have peaked in Chicago’s core, millennials are a growing presence in the surrounding suburbs, according to data released last year by real estate analytics company RCLCO.

Myers says that just as in Boston, steep urban housing prices are a factor in Los Angeles, which lost about 2,500 millennials in 2016. “It’s hard for millennials to achieve a middle-class lifestyle that they think they deserve, then they hear about Phoenix or Las Vegas,” where housing is more affordable and job opportunities are growing, Myers says.

Myers believes millennials have been stuck in cities, after the recession stalled new construction and increased competition for entry-level homes. In 2016, only 28 million millennials were heads of households, out of 80 million. “They’ve been doubled up with roommates, or packed in with their families,” he says. “In San Francisco, even the lawyers have roommates.”

But they won’t live with roommates forever, Myers says. Eventually, he expects millennials to follow the generations before them and move to the suburbs. “They’re waiting for the recovery to happen,” he says “for new housing and job opportunities open up — so they can move out.”

We took a decade of IPUMS-USA microdata (2007-2016), grouped by cities, and filtered down to Americans born between 1980 and 1996 (per Gallup’s definition of millennials). We then looked at the top 25 cities for which microdata was available, from a list of the 2016 American Community Survey’s most populous cities. 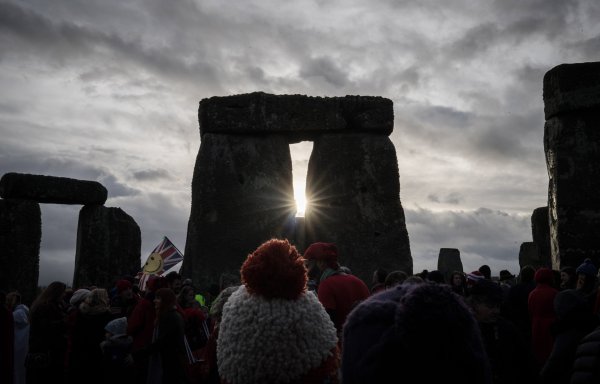 The Winter Solstice Is Today. Here Are 4 Things You Probably Didn’t Know
Next Up: Editor's Pick