Former DJ Who Groped Taylor Swift Says He Paid Her $1

The former radio host who groped Taylor Swift said he has sent the singer the symbolic $1 he was court ordered to give her after she won a civil trial against him this summer.

David Mueller on Wednesday told the Associated Press he sent Swift a golden Sacagawea dollar coin in the mail last week. He also gave the AP a letter showing the money was sent Nov. 28.

In a written response to questions from TIME, which was published Wednesday as part of TIME’s 2017 Person of the Year coverage, Swift said on Nov. 28 that she had not yet received a payment from Mueller. “To this day he has not paid me that dollar, and I think that act of defiance is symbolic in itself,” said Swift, who appeared on TIME’s cover as one of the faces of “The Silence Breakers,” people who have spoken out about sexual harassment or assault.

A representative for Swift did not immediately comment Thursday on whether the coin has yet reached Swift.

In August, a federal jury in Denver determined Mueller had groped Swift at a backstage meet-and-greet in 2013. Swift had taken Mueller to court to countersue him after he first sued her, alleging that she had falsely accused him of groping her. Swift testified that the Colorado DJ reached under her skirt and grabbed her rear end while they posed for a photo together. 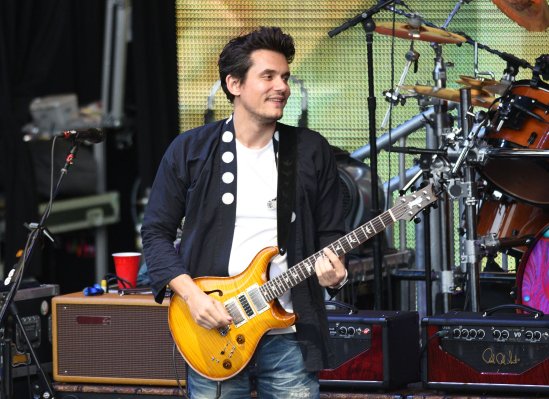 John Mayer Is in ‘Good Spirits’ After Emergency Appendectomy
Next Up: Editor's Pick