Democratic Senator Al Franken of Minnesota announced his resignation Thursday after multiple women accused him of sexual misconduct. “In the coming weeks, I will be resigning as a member of the United States Senate,” Franken said.

Senators are directly elected by the citizens of a state to serve for six year terms. This is guaranteed under the 17th Amendment of the U.S. Constitution. For his part, Franken last won re-election in 2014 and was up again in 2020.

The 17th Amendment also says that if a Senate seat is vacated, state legislators have the right to empower the governor to appoint someone to fill the seat for either the remainder of the term or until a special election. According to the National Conference of State Legislatures, states have some flexibility in how the seats are filled. Around 14 states require a special election be called, while the other 36 elect replacements during the next scheduled general election. Some states also have rules on how and if a governor can appoint someone to fill a vacated seat.

Under Minnesota law, the Governor can make temporary appointments to fill vacancies. Special elections are required to fill Senate seats. That law says that if the seat is vacated at least 11 weeks before the regular primary, the special election is held during the next November election. In 2018, the primary is scheduled for Aug. 14. If Franken resigns any time before the end of May, the special election to fill his seat would be held during the upcoming Midterm elections.

If Franken were to resign at any point after that 11-week threshold , the special election to replace him would be held at the “second November election after the vacancy occurs,” under state law.

The winner of that hypothetical special election would serve out the remainder of Franken’s term — until Jan. 2021 — and run to permanently fill the seat in 2020.

According to Minnesota Public Radio, the last time a Minnesota Senate seat was vacated was in Oct. 2002 when Sen. Paul Wellstone died in a plane crash. Then-Gov. Jesse Ventura appointed Dean Barkley to fill the vacated seat. But because Wellstone died just before an election, Barkley only served until Jan. 2003. That November, Norm Coleman was elected. And Coleman served until he was beaten by Sen. Franken in 2009, after a recount. 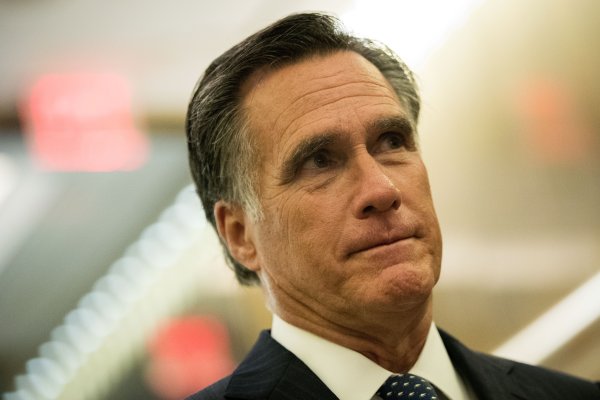 'A Stain on the GOP.' Mitt Romney Takes a Lonely Stand Against Roy Moore
Next Up: Editor's Pick