The total solar eclipse in August came with a well-publicized warning: Whatever you do, don’t stare at the sun without protective glasses.

What got less publicity, according to Dr. Avnish Deobhakta, was how to choose the right protective glasses—and that knowledge gap has fueled a case study the assistant professor of ophthalmology at the Icahn School of Medicine at Mount Sinai published in JAMA Ophthalmology on Thursday.

In the case study, Deobhakta and his colleagues describe the plight of a 20-something woman who viewed the eclipse through what turned out to be defective glasses. Four hours after staring at the sun for about six seconds without glasses, then approximately 15 to 20 seconds with glasses, she began to experience color and vision distortions, as well as blurry vision, particularly in her left eye. She could also see a “central black spot” with her left eye.

When she arrived at the New York Eye and Ear Infirmary of Mount Sinai (NYEE) seeking treatment, doctors used adaptive optics to see detailed images of the cells that make up the photoreceptor layer of the retina, the part of the eye that converts light into electrical energy that the brain can interpret. The technology allowed them to analyze her sun-related damage, called solar retinopathy, in extremely granular detail, Deobhakta says. They found that the eclipse had apparently burned a crescent shape into the woman’s retina.

“We were able to really classify how photoreceptors were damaged to the point where it literally looked almost like a shadow of the eclipse crescent on the photoreceptor area,” Deobhakta explains. “What the layman would think would happen actually kind of did happen, and has been shown by really, really precise technology.”

When asked to draw what she sees through the affected eye (pictured above), the woman corroborated the researchers’ findings by sketching out what “kind of looks like Pac-Man,” Deobhakta says. Six weeks after the eclipse, her symptoms persisted.

The woman profiled in the case study was one of 22 people who visited NYEE complaining of eclipse-related damage. Of those, only three had structural eye problems, and only the woman described in the article had solar retinopathy severe enough to be included in the paper. Even still, Deobhakta says the chance to study the condition in this much detail was an unprecedented opportunity.

“Normally, we don’t have eclipses, and when we do, [we don’t usually have] patients who both look at the eclipse and then present themselves to an eye hospital with the technology that can adequately assess it. At least in the New York area, there hasn’t been an eclipse since we’ve developed this technology,” he says. “All of those things happening at the same time are very rare.”

The confluence of factors made one thing crystal-clear, Deobhakta says: Before the next total eclipse, seven years from now, we’ll need better education about eclipse glasses. 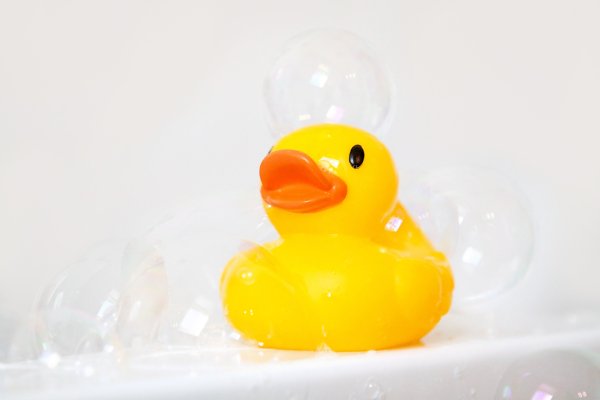 You Asked: Should I Shower In the Morning Or At Night?
Next Up: Editor's Pick