Ellie Goulding: Humans Have a Right to Breathe Clean Air

Masai wife of elder chief cooking in her hut in the village of Oliolomutia, next to the Masai Mara Nature Reserve, Kenya (Photo by Julio Etchart/ullstein bild via Getty Images)
Julio Etchart—ullstein bild/Getty Images
Ideas
By Ellie Goulding

Goulding is a singer, songwriter and a UN Environment Goodwill Ambassador

Last weekend, I sat in an earthen hut in rural Kenya, as my Maasai women hosts very kindly made me some tea. Smoke from the traditional stove — three stones supporting a pot over an open fire — wafted through the hut, to be inhaled by all of us gathered inside.

Given my lungs are my livelihood, and singing is my passion, I am always very conscious of pollution. My few moments in these conditions can hardly be said to pose much personal risk but I came out of the hut feeling as if I was struggling for air. I couldn’t help but worry about those women and their children who breathe that air every day. The Maasai women told me that they prepare food or tea 3 times a day, spending as much as 6 hours over their smoky stoves.

Indoor air pollution from traditional cooking practices that rely on polluting fuels is one of the world’s greatest health risks. More than 4.3 million people die prematurely every year from health problems attributed to bad indoor air from cooking. Most of the those afflicted are women and children—800,000 children under five years old die every year from respiratory infections caused by indoor air pollution. That’s because soot from the cookstoves regularly causes pneumonia in kids. The dirty air can also directly bring about noncommunicable diseases like stroke, heart disease, chronic obstructive pulmonary disease and lung cancer. Most of the victims are from low- and middle-income countries, and most aren’t aware that there are safer ways to prepare food at home.

I do know what it feels like to struggle for breath. When I was young my asthma was bad enough that it prevented me from taking part in sport. It was heartbreaking to look around that hut and think of the mothers who would, through no fault of their own, have to endure and deal with the panic and pain of comforting a child through respiratory distress. I have heard the staggering numbers before, but once you feel it first hand, they have a lot more impact.

This shouldn’t be written off as a marginal problem for a few women in Sub-Saharan Africa. Today, nearly half of the world’s population use solid fuels like wood or dung or coal for indoor cooking and heating. So for every million who die from this exposure, many millions more are at risk.

That’s just the indoor threat. In many cities around the world, there’s no such thing as stepping outside to get some fresh air. Pollution from factories, coal plants, and cars makes the air unsafe for billions more people, again mostly in poorer countries.

The cost of all these health problems is staggering. There are estimates that air pollution costs the global economy over $5 trillion a year. And when premature deaths from both indoor and outdoor air quality are added together, air pollution is the world’s greatest killer, claiming more than 6.5 million lives every year.

This just has to change. Healthy air shouldn’t be a privilege for those of us who can afford to cook with gas or electricity, or who are fortunate enough to live in places where industry and traffic don’t poison our every breath. I think being able to breathe clean air should be a basic human right.

It’s not like we don’t know how to address this problem. Old cars, buses and trucks can be replaced with newer vehicles that don’t belch soot from their tailpipes. Better public transport would mean fewer cars on the road. And if we keep building wind turbines and solar power plants, we can shut down some of the coal-fired power plants that are contributing so much to pollution as well as global warming.

For the Maasai women I met, and the billions of others worldwide who live with dangerous air in their homes, the fixes are even simpler. With UN Environment, we delivered nearly two dozen cookstoves, one to each of the households in the village. The stoves burn hotter and with less smoke than traditional designs. They are a bit more expensive but need less wood or charcoal, so families can eventually save money.

Most importantly, these stoves will immediately clean up the air in their homes. The children in this village now have better chances of living healthy lives. And the mothers are far less likely to ever have to endure the terrifying and helpless feeling of watching their child struggle to draw a breathe.

As a UN Environment Goodwill Ambassador, I want to encourage everyone to help #BeatPollution. Because wherever you are in the world, pollution is impacting your life, and we have both the power – and the obligation – to do something about it. 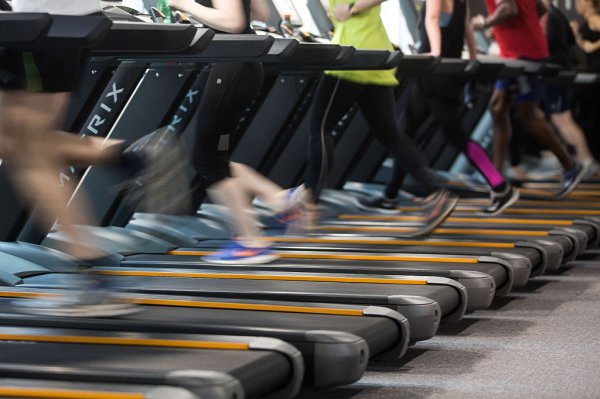 The Gym Improves One Place You Wouldn’t Expect
Next Up: Editor's Pick