Americans Say This Should Be Trump's Biggest Priority in 2018

Americans see reducing health care costs as the most important priority for Donald Trump and Congress to tackle in 2018, according to a new poll.

The wide-ranging survey released by the Public Religion Research Institute found that 50% of Americans say they are “somewhat or very worried that they or someone in their family will lose health insurance coverage in the next year.” Almost half of Americans, 46%, sees health care as the most important issue facing Trump, including 41% of Republicans and 51% of Democrats.

“No issue is viewed as more important than reducing health care costs,” PPRI said in releasing the poll.

Trump and the Republican-controlled Congress failed this year to make good on their years-long promises to repeal the Affordable Care Act, President Barack Obama’s signature domestic achievement. That law has gotten more popular with time, even as Trump’s administration has looked for ways to undermine it.

But the poll found that 59% of Americans believe the government should guarantee health insurance to citizens, even if it means raising taxes.

The survey, titled “One Nation, Divided, Under Trump,” also showed significant partisan disagreements across a range of issues. For example, 86% of Republicans say “athletes should be required to stand during the national anthem,” compared to only 32% of Democrats. When it comes to sexual harassment, which has dominated headlines in recent months, almost eight in ten Democrats (77%) say sexual misconduct stories “reflect a broader pattern,” compared to 59% of Republicans who say the same. 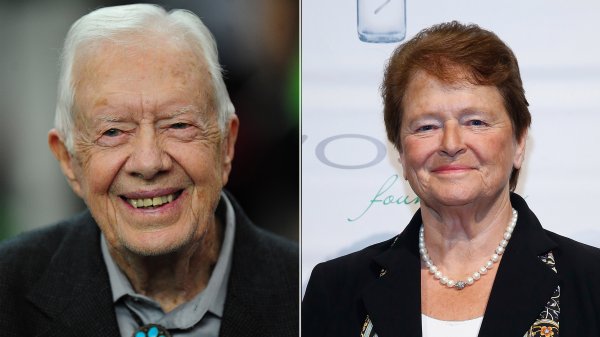 President Carter: Lack of Universal Healthcare Should Be a 'National Scandal'
Next Up: Editor's Pick