“Regarding The Atlantic’s tired, false claim about the VP during the campaign — we denied this in the article and deny it again today. Didn’t happen,” Pence press secretary Alyssa Farah wrote on Twitter Tuesday morning.

Earlier Tuesday, The Atlantic published a profile of Pence outlining the vice president’s political rise and embrace of religion. The magazine reports that in October 2016, Trump aides were concerned that Pence was considering “going rogue” after The Washington Post published a 2005 tape in which Trump boasted about his ability to “grab women by the pussy” because he’s “a star.”

“Within hours of The Post’s bombshell, Pence made it clear to the Republican National Committee that he was ready to take Trump’s place as the party’s nominee,” The Atlantic reported. It goes on to say that GOP officials were considering running a ticket with Mike Pence in the lead and Condoleezza Rice as the new vice presidential nominee, and that then-RNC chairman and future White House chief of staff Reince Priebus told Trump to “either drop out immediately or lose in a historic landslide.”

On Monday, Billy Bush — who Trump was speaking to in the Access Hollywood tape — called out Trump during an appearance on The Late Show with Stephen Colbert. Weeks earlier, it was reported that Trump was privately questioning the authenticity of the recording.

“That is your voice,” Bush said on The Late Show. “I was there, you were there, that’s your voice on the tape.” 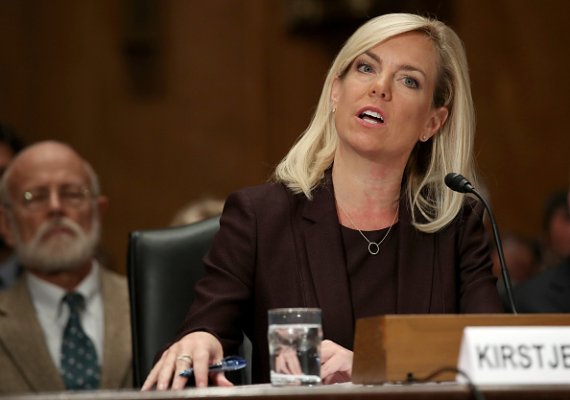 Consultant Guiding Homeland Security Nominee Once Lobbied for a Foreign Government
Next Up: Editor's Pick