Whether people write with their right hand or their left hand is determined during pregnancy, scientists said in new research, evidence that could help put to bed the question of whether people are born with a favored hand or develop one later.

The study — led by Valentina Parma, a researcher at the International School for Advanced Studies of Trieste, Italy, and Professor Umberto Castiello of the University of Padua in Italy — found that “hand preference is already well defined at the 18th week of gestation.”

The researchers said their discovery might help predict depression, schizophrenia and autism spectrum disorders, because hand preference is dictated by the dominance of one of the brain’s hemispheres over the other. The conditions that they expect to be able to predict are also associated with similar “cerebral asymmetry.”

The study involved 29 fetuses, which the researchers observed using a 4D ultrasound scan to analyze the movements of the hands of the fetuses in the womb. After nine years, they found they could accurately predict, with certainty ranging from 89% to 100%, the preferred hand of the child.

“The results have shown that starting from the 18th week the fetuses execute significantly more quickly the movements requiring precision with that which will become the preferred hand,” the researchers said. 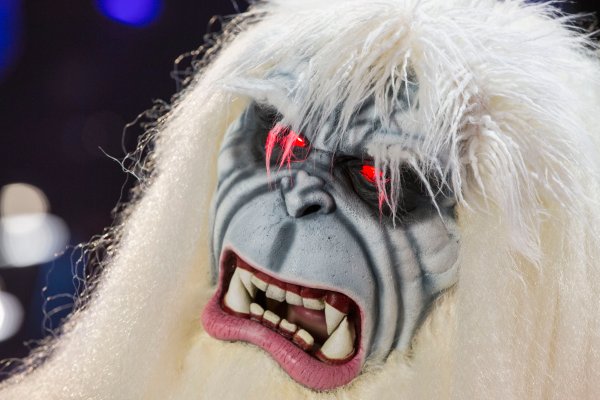 The Yeti Was Actually Just a Bear
Next Up: Editor's Pick