Remember the good old days when we thought raunchy, predatory comments about women’s genitals could sink a politician?

Back in October of 2016, the Washington Post published that tape of Donald Trump bragging to Access Hollywood anchorman Billy Bush that “I don’t even wait. And when you’re a star, they let you do it, you can do anything… grab them by the pussy.” It wasn’t just Trump’s use of the p-word that was astonishing; it was the fact that he seemed to be saying he sexually assaults women just because he can. But the p-word and the objectifying, misogynist way it was used, coming from the mouth of a man who hoped to be president, was shocking, too. It was a national scandal, but apparently not scandalous enough. Trump won anyway, and now claims the voice on the tape isn’t him. Billy Bush says the president is lying again.

Now, there’s another story about our lewd, loutish president and his propensity for that same p-word. Trump was profiled for the August 2000 issue of Maximum Golf magazine, and, according to the author of the piece, when Trump saw a young woman enter his Mar-a-Lago club, he told the writer, “there is nothing in the world like first-rate pussy.”

There is nothing in the world like a man who doesn’t see women as people, but as walking sex-holes.

Michael Corcoran, who wrote the original Maximum Golf piece, told the Daily Beast that he wanted to include the quote, but that the magazine’s top editor deemed it too risqué, and changed “pussy” to “talent” (if true, that’s a significant journalistic lapse). A second editor at the magazine has confirmed Corcoran’s account. In the piece, Trump also encouraged his friends to evaluate his then-girlfriend Melania Knauss’s looks (“Is that as good as it gets?” he said). And the magazine itself pitched in with the sexism and objectification, featuring a photo of Melania in a bathtub full of golf balls.

That Trump used a naughty word 17 years ago isn’t headline news. But his history and the way he has talked about and treated women offer important context for our current political universe. His misogyny was encouraged, enabled and even glorified by his business associates, the entertainment media and the press more generally. All of that helped to set the stage for a crass misogynist to ascend to the highest position in the country. It’s women who have long paid the price for Trump’s bad behavior — and women across the country and around the world who are paying now.

Trump has long bragged that he likes “beautiful women,” and has married three of them. He has a disturbing habit of sexualizing his own daughter’s appearance and body. His comments aren’t about sexual desire, but a more generalized dehumanization of women. He literally sees us as useful primarily (or entirely) for our sexual appeal; our ability to be “first rate” depends on what’s between our legs, and how readily our physical appearances impress his golf friends. For Mr. Trump, this sexism moves in two directions: Women who are young, slim, white and conventionally attractive are sex objects, while women who don’t fit his narrow ideal of femininity are dismissed as pigs and dogs. Either way, there’s one status no woman seems to achieve: Human being.

This isn’t just a sexist and disgusting standard, it’s a double one — Mr. Trump hardly puts the care into his physical fitness, appearance, and dress that he demands of the women around him. In Trump world, it’s not a man’s job to be physically attractive, in shape, or even neatly dressed. Men do things, and they are valued for their money and achievements. Women gain access to that money and the status it brings by making themselves attractive enough that men with real power and resources will bequeath those women some of them in exchange for sex. If those powerful men get bored, or decide they want a newer model, that’s their prerogative.

Mr. Trump’s misogyny is more than a personal proclivity. He has hired an astoundingly small number of women for positions in his administration (and even fewer people of color). He is happy to join forces with the religious right to curtail women’s rights at home and abroad, signing, for example, legislation that makes it harder for vulnerable women in developing countries to get birth control. And of course his very presence in the White House excuses the kind of behavior he exhibited on tape, on the radio with Howard Stern, and in print. It tells women and girls that we aren’t valuable for our hard work, our intelligence, or our accomplishments, but that our purpose in the world is to please men. Even more dangerously, it tells men and boys the same thing: That women are disposable objects, useful for sex and childbearing but not human beings deserving of respect and dignity, let alone power.

But before Mr. Trump brought misogyny this aggressive and unapologetic to the Oval Office, we normalized it. It wasn’t Mr. Trump who published hyper-sexualized photographs of Melania; it was the magazines presenting her as yet another gold-tinged Trump acquisition, a pretty plaything thing and a status symbol, along with the gaudy golf clubs and the gold toilets. When Mr. Trump talked about her (and Marla Maples before her and Ivana Trump before her) like an object, a whole lot of men nodded, laughed and joined in. Howard Stern got him on the phone specifically because the Trumpian brand of entitled chauvinism played well with radio audiences.

This is how Mr. Trump sees women: Either as “first-rate pussy” or “fat” and “ugly.” He didn’t invent this dichotomy; he simply expanded and exploited it. It’s not just that Mr. Trump is so gross and sexist he’s unfit to be president (he is). It’s that he’s a kind of hideous funhouse mirror, reflecting back at us an engorged, amplified vision of the misogynist norms we have all enabled and perpetuated. He’s the epitome of a repulsive chauvinist. But we created a world where he could succeed — all the way to the presidency. 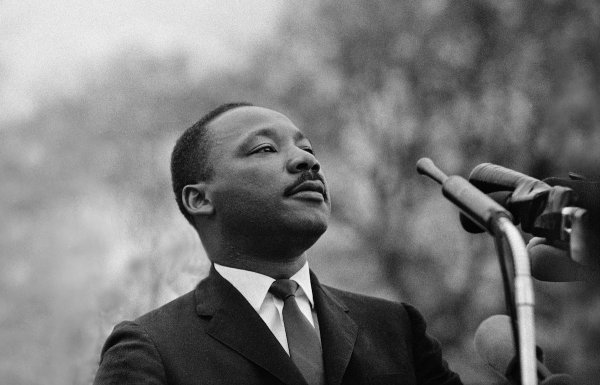