I’m a Silicon Valley CEO. This Is How I’m Going to Fight Sexism and Harassment

Matt Lauer on Wednesday, September 4, 2017.
NBC—NBCU Photo Bank via Getty Images
Ideas
By Melody McCloskey
McCloskey is the founder and CEO of StyleSeat

On Wednesday morning, as I was getting ready to go into work, something came across the TV for what feels like the millionth time in the last several weeks.

Two stunned female anchors delivered the news that their male co-worker had been terminated for inappropriate sexual behavior. This was the first story, at the top of the first hour of programming. The “biggest” piece of news for the day. And they were their own negative headline.

I thought to myself, Wow, good for them for taking a stand and owning it. But what’s next? And that’s when I realized, as a female founder and CEO, if I don’t do something about this, then who will?

Over the last several weeks we’ve been inundated with horrific stories as women have come forward to share their personal experiences with inappropriate behavior by the hands of men in power. They’re just finally getting the attention we need to create cultural change, but these incidents have been happening for far too long.

I live and work in Silicon Valley and let me tell you, no woman here has been surprised by any of the press around the bad behavior involving investors and other businessmen. Many of my female CEO friends become visibly annoyed when we hear male investors say they are shocked that this has been an issue within our industry. But this isn’t just true of Silicon Valley — it happens all across the country and in every sector of business.

This isn’t a Hollywood or Tech or Politics problem. This is an American problem.

And it’s time to take action. Enough is enough. I’m done with the misogynist male agenda. Now it’s time to actually do something.

I want more females sitting on executive teams and leading discussions in board rooms. Venture capital firms should publicly celebrate the female-led companies they’re investing in, and organizations should highlight how many women they have in leadership positions. There is overwhelming evidence that proves diverse teams make better, more profitable decisions. I know first-hand this is true.

If you’re a woman working your ass off with ambitious plans to grow within your company, go ask for that raise. Better yet, sit down with your management team and create a path that gets you to where you deserve to be. Men have had no problem being aggressive and asking for what they want. Neither should you.

I want those who are sitting in positions of power to not just listen to complaints, but have plans of action in place and exercise no tolerance. Follow through on investigations and terminate the problems. Action will set a standard within your company’s culture and firmly show that this behavior will not be tolerated.

I want employees to be confident enough to publicly state that they will not stand for this type of behavior. Having supportive colleagues who stand together on this issue will create a culture that will not accept anything less than respect and equality.

I want the women who sit in leadership roles to create groups and organizations that will give other women the resources they need to thrive. If you’re a female executive, start mentoring young women early in their career. This doesn’t just go for the corporate world. We need to be better at supporting female business owners by patronizing their operations and being good customers who return and refer.

I want more investors to look at funding the next big idea — by a female. Women control 51% of household purse strings, so I’m pretty confident that a female-run company will know how to properly target and market products and services to 50.8% of our population.

We at StyleSeat have an all-female executive team, a female-majority board from companies like Minted and Etsy, and we are helping to empower more female small business owners any way we can. StyleSeat supports more female-run businesses than almost any other company. I could not be more proud to say that.

We all have the power to open doors for women of this generation and give a leg up to those in the next. Let’s get to work.

McCloskey is the founder and CEO of StyleSeat 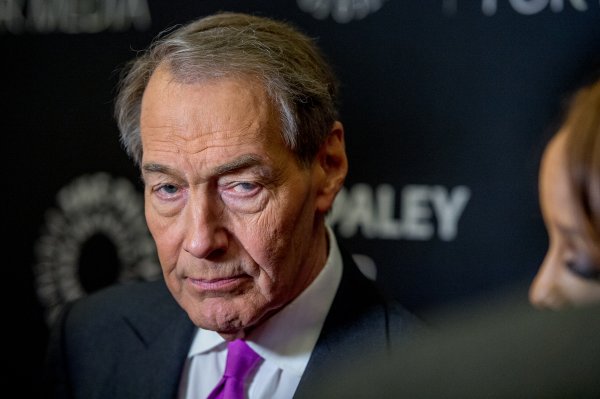 What to Do If You’re Sexually Harassed and Your Company Doesn’t Have HR
Next Up: Editor's Pick