In varying ways, the tax bills recently passed by Republicans in the House and Senate could put college further out of reach for some Americans.

Democrats and education advocacy groups have criticized both bills, warning that they could make higher education less affordable and less accessible to historically underrepresented students and those from low-income families.

“We are deeply concerned that at a time when postsecondary degrees and credentials have never been more important to individuals, the economy, and our society, the tax reform proposal approved by the Senate could make college more expensive and undermine the financial stability of higher education institutions,” Ted Mitchell, president of the American Council on Education, said in a statement on Saturday after the Senate’s early-morning passage of its tax plan. “This is simply wrong-headed.”

The House and Senate bills are different, and it’s not yet clear which provisions will remain in the final bill after the reconciliation process.

Here are four key provisions of the GOP tax plan that could impact education:

For weeks, graduate students have been protesting a measure included in the House bill that would turn their tuition waivers into taxable income, dramatically increasing what they owe in taxes each year. Many have said they will be unable to complete their degrees or pursue a career in academia if they have to pay higher taxes using their already small student stipends.

University leaders have also warned that it would have a “devastating impact” on graduate students and higher education more broadly, pricing out many students and limiting U.S. competitiveness.

The Senate bill does not include this provision, and graduate students have been calling on lawmakers not to include it in the final bill.

The Senate bill would leave the deduction intact.

The wealthiest private college endowments could be taxed

Both bills included a measure to tax the endowments of the wealthiest private colleges and universities. The House bill would tax private colleges that have at least 500 students and endowments valued at $250,000 per full-time student. About 60 to 70 schools would meet those standards, Politico reported.

In their bill, Senate Republicans raised the qualifying threshold to endowments valued at $500,00 per student.

Ted Mitchell, president of the American Council on Education said taxing endowments is “fundamentally flawed,” but praised the Senate bill for reducing the number of universities that will be affected by the measure. About 25 to 30 universities would meet the standards of the Senate provision, according to the Washington Post.

Harvard and other top-tier universities would still be affected. And universities have criticized the measure, arguing it hinders their ability to provide financial aid to students.

“Harvard’s endowment is what fuels our excellence, our affordability for students of modest means, our commitment to discovery, and our impact in the world,” Harvard President Drew Faust said last month, calling it a “destructive measure.”

“This measure would disadvantage universities in the charitable sector, and — in targeting universities — weaken the nation’s strongest contributors to medical cures, economic innovation, job creation, scholarship, and access to higher education for students of all economic backgrounds who will shape our future,” she said.

The House bill would repeal a $250 tax credit for teachers who spend their own money on school supplies. But the Senate bill would actually help teachers by increasing the tax deduction to $500 per year.

Teachers spend an average of $485 out of pocket on school supplies each year, according to a 2013 study by the National School Supply and Equipment Association. 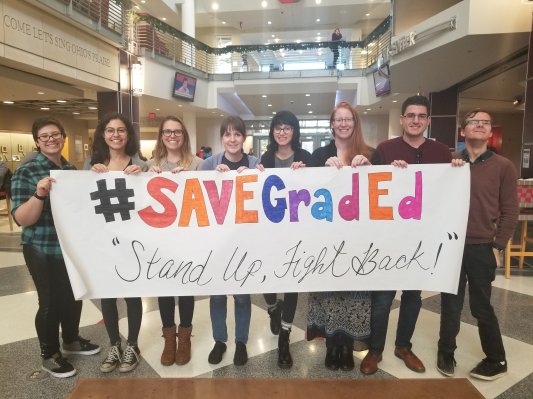