The chairman of the Democratic Congressional Campaign Committee called on Nevada Rep. Ruben Kihuen to resign Friday, after he was accused of sexual harassment by a former campaign staffer who says she quit because of his behavior.

Kihuen’s former finance director told BuzzFeed that, during his 2016 campaign, Kihuen repeatedly propositioned her for dates and sex while they were working together, even though she rejected his advances and said she had a boyfriend. She was identified only as Samantha in the story.

“Members and candidates must be held to the highest standard. If anyone is guilty of sexual harassment or sexual assault, they should not hold elected office. Congressman Kihuen should resign,” DCCC chairman Ben Ray Luján told BuzzFeed on Friday.

In a statement to BuzzFeed, Kihuen’s office apologized.

“The staff member in question was a valued member of my team. I sincerely apologize for anything that I may have said or done that made her feel uncomfortable,” Kihuen’s office said in a statement. “I take this matter seriously as it is not indicative of who I am. I was raised in a strong family that taught me to treat women with the utmost dignity and respect. I have spent my fifteen years in public service fighting for women’s equality, and I will continue to do so.” 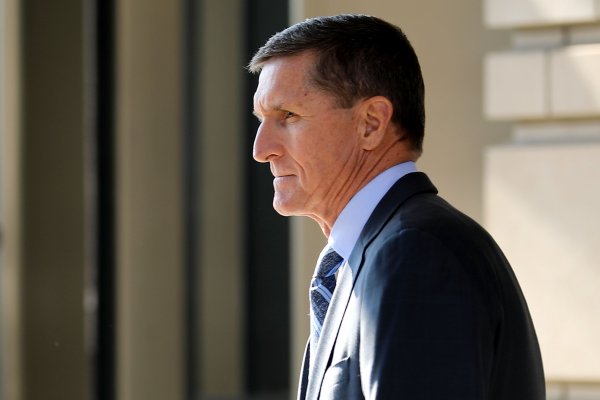 Inside the Courtroom Where Michael Flynn Pleaded Guilty
Next Up: Editor's Pick