Taxpayer money was used to pay a $84,000 settlement in a sexual harassment claim that was levied against an unnamed House member’s office, according to information that was released by a House panel on Friday.

Politico has reported that the unnamed Congressman is Republican Rep. Blake Farenthold of Texas, who was sued by his former communications director Lauren Greene for sexual harassment in 2014. When the case was resolved, Farenthold denied any wrongdoing and agreed, along with Greene, to settle the case to save taxpayer money, according to a statement shared by Farenthold’s office and an attorney for Greene.

On Friday, Farenthold said in a statement: “While I 100% support more transparency with respect to claims against members of Congress, I can neither confirm nor deny that settlement involved my office as the Congressional Accountability Act prohibits me from answering that question.”

Greene’s attorney, Les Alderman of the law firm Alderman, Devorsetz and Hora PLLC in Washington, also said he cannot confirm or deny “what that $84,000 is or who it was paid to.”

Over the past five years, just under $360,000 in settlements have been paid out in claims made against six member’s offices in the House of Representatives. Included in that pool of settlements is the aforementioned sexual harassment claim and another claim that alleged discrimination because of sex and religion. That claim was settled for $7,000, according to the documents.

It was already known that some $17 million in settlements have been paid by the Congressional office that handles workplace complaints, the Office of Compliance. The money for those settlements comes from “an account of the Office in the Treasury on the United States for the payment of awards and settlement,” under the 1995 Congressional Accountability Act. In a statement, Chairman of the Committee on House Administration Gregg Harper called the data released by the Office of Compliance on Friday “preliminary” because it only covers settlements paid between Fiscal Year 2013 and the present. In his request, the Chairman asked for a breakdown of the total $17 million in settlements that have been paid over the past two decades.

“I thank the OOC for this preliminary data and we look forward to receiving the entire breakdown as soon as possible as our Committee reviews the entire process – from training, to House policy, to the reporting and settlement process,” Harper’s statement reads.

These details come just a day after ABC News reported that the Office of Compliance paid nearly $100,000 to settlement a sexual harassment claim made against former Democratic Rep. Eric Massa. Massa resigned amid an ethics investigation in 2010, so it is unlikely that his settlement was included in the data released on Friday. Rep. John Conyers also admitted to paying a settlement after a former staffer alleged she was fired because she turned down his sexual advances. In that case, which was first reported by BuzzFeed, the money came from Conyers’ office budget and not the Office of Compliance fund.

The Committee on House Administration review comes amid a growing call for transparency in the Congress in regard to how it handles claims of workplace harassment. The current process through which an employee reports workplace harassment and discrimination has been described as designed to protect harassers rather than the abused, in part because it is shrouded in secrecy.

The Congress has taken some steps to reform its approach to sexual harassment in the post-Weinstein era. This week, the House passed a resolution mandating anti-discrimination and anti-sexual harassment training for all members and staff. A bipartisan group of lawmakers has also introduced legislation to revamp the current reporting process known as the Me Too Congress Act. Among other things, if a settlement is reached that bill would require the name of the employing office and the amount of the award or settlement be published on the OOC’s public website. 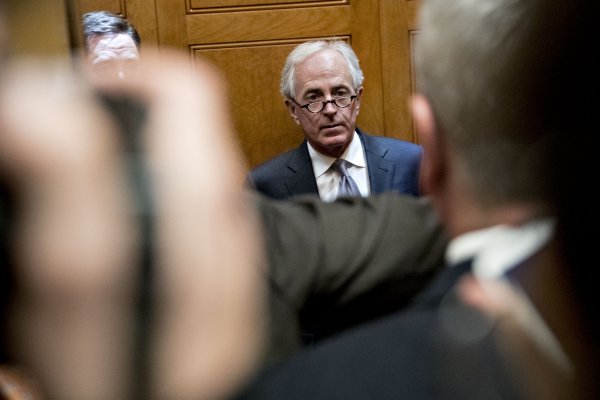 Republicans Will Try Again on Tax Reform Bill Friday
Next Up: Editor's Pick