A 10-year-old girl died of an apparent suicide after a video of her fighting with an alleged bully outside her elementary school was posted online.

Ashawnty Davis, a fifth-grader at Sunrise Elementary in Aurora, Co., hanged herself after the video was posted on the video social network app Musical.ly, and she died Wednesday after spending two weeks on life support, according to Fox 31.

“She got into her first ever fight,” her father Anthony Davis told the network.

Ashawnty’s mother Latoshia Harris said that her daughter confronted the other girl, who allegedly bullied her, in the video, which was taken by another student and shows the two girls fighting while other children watch, Fox 31 reported.

Ashawnty was devastated, and the bullying increased, when the video appeared on the app, her parents told the network.

The Cherry Creek School District said it turned the video over to police in a statement to Fox 31, noting that the fight did not take place during school hours.

Calling their daughter a victim of “bullycide,” Ashawnty’s parents said they want to make more parents aware of cases where children take their own lives due to bullying. 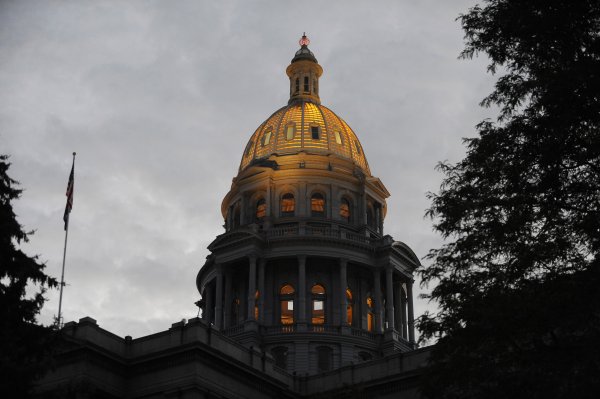 'I Told Him No.' Colorado State Representative Accused of Sexual Harassment
Next Up: Editor's Pick