White Evangelicals and Catholics Are Most Concerned About North Korea

White evangelicals and Catholics are more concerned about North Korea’s nuclear intentions than the average American, according to data TIME obtained from the Pew Research Center.

The Pew Research Center recently issued a report finding that American concern over North Korea’s nuclear capabilities and intentions has increased in the past four years.

TIME asked Pew for a breakdown of the data by religious affiliation, which was not published in the public report.

Pew found that 82% of white evangelicals and 80% of Catholics think the U.S. government should take North Korea’s threats to use nuclear missiles against the U.S. “very seriously,” compared to 71% of Americans overall, and 60% of religiously unaffiliated Americans.

Pew also found that 73% of white evangelicals and Catholics think that North Korea’s leadership is “really willing” to follow through on its threats to use nuclear weapons against the U.S, compared to 65% of Americans overall and 58% of religiously unaffiliated Americans.

Views are closest on the question of whether or not North Korea is capable of launching a nuclear missile that could reach the U.S. Pew found that 64% of Americans overall think North Korea is capable, compared to 67% of white evangelicals, 72% of Catholics, and 58% of religiously unaffiliated.

There was not data to determine attitudes of other religious groups, or to compare change in religious perspective from previous years. 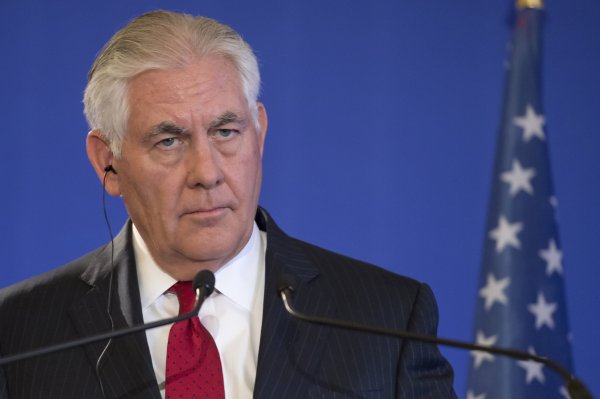 Tillerson Offers to Begin Direct Talks With North Korea
Next Up: Editor's Pick