Former President Barack Obama has warned that social media platforms can prompt people to “make snap judgements about complex decisions,” as his successor’s hair-trigger use of Twitter has come under fresh criticism.

Speaking in New Delhi, India at a conference sponsored by the Hindustan Times media group, Obama said “one of the dangers is that instead of deep analysis and evaluation,” users of Twitter and other platforms often are just “skimming the surface.”

Obama’s remarks came as President Donald Trump faces bitter recriminations from lawmakers in the U.K., including Prime Minister Theresa May, for retweeting anti-Islam videos by a British far-right group. The President’s use of Twitter to goad opponents and lambast critics has led both Democrats and Republicans to question his judgment.

Obama has largely refrained from criticizing Trump while in office, though he would often take aim at his use of Twitter on the campaign trail. He took a subtle dig at the President’s social media habits in an April interview, when historian Doris Kearns Goodwin asked how he handled frustration while in office. “For starters, by not having a Twitter account,” he replied.

The former President said in the New Delhi speech he is concerned about how technology is changing the ways in which people consume information, warning that it is too easy “to retreat into our own bubbles.” He said that “those who watch Fox News and those who read The New York Times occupy different spaces,” adding that if he got all his information from Fox, “I wouldn’t vote for me.”

Obama praised those Americans and Indians who continue to show concern for the environment while fighting against climate change. And, again, without mentioning President Trump he called his successor’s decision to withdraw the U.S. from the Paris Climate Agreement a “pause in American leadership.” He also noted other commonalities between India and the U.S., saying both countries were defined by their diversity.

Obama came to India following a meeting earlier this week with President Xi Jinping in China. 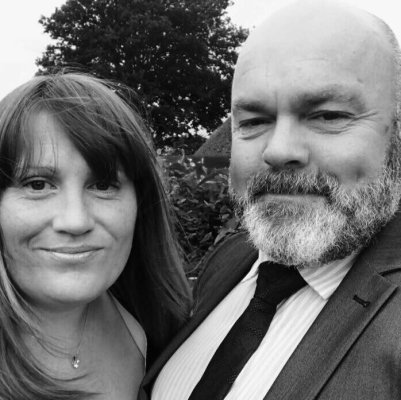 Trump Tweets to Wrong Theresa May. We Spoke to Her
Next Up: Editor's Pick