“Francia should get this award…she saved my life.” – Selena Gomez

Selena Gomez is Billboard‘s 2017 Women of the Year but the singer wanted the honor to go to someone else – best friend and kidney donor Francia Raisa.

At the publication’s Women in Music event in Los Angeles on Thursday, the singer sobbed during her acceptance speech as she made her opening remark after being presented with the award from Raisa, who has been her close confidant for nearly eight years.

“I think Francia should be getting this award,” Gomez, 25, said breaking down in tears. “She saved my life… I feel incredibly lucky.”

“Honestly, I couldn’t be more grateful for the position that I’ve been given in my career from 7 to 14 to now. I want people to know that I respect the platform that I have so deeply because I knew that I wanted to be a part of something great, I wanted people to feel great,” Gomez said in her speech.

The singer said she had some “really hard times” following her surgery.

“I feel like for me, with my music, I’ve been able to illustrate the things that I want. And I’m reminded by a team of people who believe in me even when I don’t myself and I couldn’t be more luckier,” the “Wolves” singer added.

Gomez shocked fans in September when she announced that, due to lupus complications, she’d received a kidney transplant from her best friend Raisa over the summer.

She has been open about her battle with lupus for several years, and first revealed that she was diagnosed with lupus and was undergoing chemotherapy for the autoimmune disease in an October 2015 interview with Billboard. One year later, in December 2016, she told Billboard she decided to go public with her diagnosis because she wanted to be an advocate for the disease.

Lupus causes the immune system to attack its own organs and tissues and can affect the whole body. According to the Lupus Foundation of America, about half of all cases of systemic lupus affect a major organ such as the heart, lung, kidneys or brain. In some cases, it can take years for the disease to be diagnosed and properly treated.

“I’ve never felt this proud to be a woman in this industry than I do today. Because I feel comfortable with every single woman who has encouraged me,” Gomez said in her acceptance speech.

“How courageous it is that voices are being heard for the first time it’s so great and for all the older women that lifted all of us up because I couldn’t be here without any of you,” the honoree said. “Thank you for all of you who inspired so many girls who feel they don’t have a voice. I’m very, very lucky. I love you guys.”

And to end her emotional oration, Gomez teased more music in the near future.

“I don’t know how I’ll repay it, maybe I’ll make an epic album for you guys and everyone else,” she said to a roaring applause. 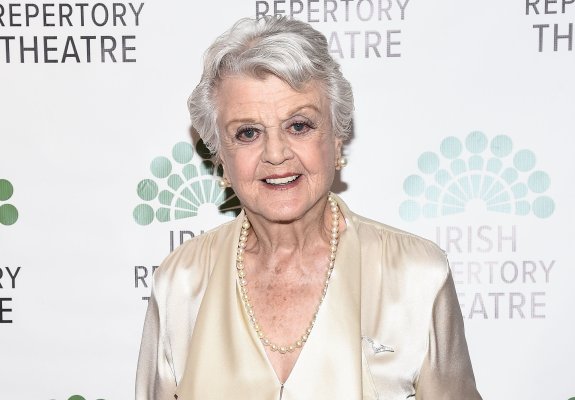 Angela Lansbury Addresses Backlash to Her Comments About Sexual Harassment
Next Up: Editor's Pick