Trump Tweeted at the Wrong Theresa May. Now She Has Some Advice for Him

Theresa May Scrivener has some advice for the President of the United States: Rein in your tweets — or at least proofread them.

The 41-year-old mother of three who lives in an English seaside town unexpectedly found herself in the international spotlight after President Trump accidentally tagged her Twitter handle, mistaking it for the British Prime Minister who shares her name.

“I think that he should think before he tweets. Maybe look at the name he’s tweeting and just check,” she told TIME in her first interview with an American outlet since the tweet. “It is amazing to think that the most powerful man in the world can make such a simple mistake and you know he could end up pushing the wrong button.”

Scrivener was relatively good-natured about the mistake in her interview with TIME. But she said the day after the tweet had been draining — she’d been trapped in her house because reporters were camped outside.

She’s not holding her breath for any apology from the White House though.

“I know Donald Trump will not apologize, I don’t even know he’s done anything wrong. I don’t know if he realizes the impact of his mistake,” she said.

Trump left the tweet up targeting Scrivener for less than twenty minutes before he deleted it and replaced it with the Prime Minister’s correct handle. But in that short time, Scrivener said she received a deluge of Twitter requests, Facebook posts, and messages from reporters trying to contact her. (When Trump initially tweeted at her, she had six followers and had tweeted nine times. As of Thursday night, she had 1,261 followers, but hadn’t tweeted).

Scrivener didn’t discover she had become somewhat of a sensation until this morning, when she woke up to these notifications. She doesn’t use Twitter frequently, she said, and had actually turned off her notifications because, like Trump, people would often mistakenly tag her as the Prime Minister. “I got fed up of hearing the ping ping ping ping sound all the time because if she’s mentioned, I get mentioned,” she explained.

Trump had attempted to tweet at May — the Prime Minister — after she criticized him for retweeting videos from the ultranationalist group Britain First which showed Muslims engaging in violent acts and destroying a statue of the Virgin Mary. Trump had tweeted back, “don’t focus on me, focus on the destructive Radical Islamic Terrorism that is taking place within the United Kingdom. We are doing just fine!”

When asked about the controversy that caused Trump’s tweet in the first place and her thoughts about Britain First, Scrivener demurred, insisting on three separate occasions that she doesn’t have political opinions. But, she says, “I think he [Trump] should concentrate on running his country and not ours. I think he should maybe get off Twitter and start focusing on whats going on around him a little bit more.”

“He’s made a lot of mistakes,” she said of Trump. “One of them was tweeting me.” 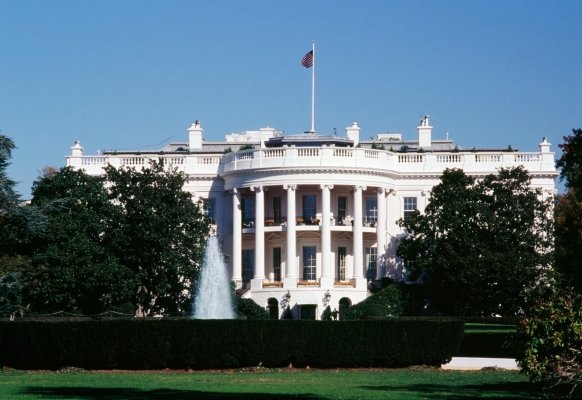 President Trump's Staff Complain of Cockroach, Mice and Ant Infestations in the White House
Next Up: Editor's Pick