These 12 People Are Changing Science

On Sunday, some of the smartest minds in science and math will gather at the NASA Ames Research Center in Silicon Valley for the Breakthrough Prize, one of the biggest prizes in science. Several scientists will be recognized for their research, with 12 individuals receiving substantial funding for their work in advancing life sciences, physics and mathematics.

Here are some of the winners whose work may be changing your life soon:

It’s not easy to get worked up about the fact that the temperature of the universe varies by 200 millionths of a degree on the Kelvin scale from place to place. But that newly discovered fact becomes a lot more interesting when you realize that by knowing it, we now have a better idea than ever how old the universe is, what its shape is, what it’s made of and how it looked in its infancy, when it was just .003% of its current 13.7 billion year age.

That’s what the team of scientists behind the NASA spacecraft known as the Wilkinson Microwave Anisotropy Probe (WMAP) accomplished during the nine years the ship operated from 2001 to 2010. Their findings are only beginning to be analyzed for what they teach us about cosmological physics and the origins of everything. Of the 27 people who are part of the WMAP team, five are being recognized.

Chuck Bennett: Before being tapped to lead Johns Hopkins University’s portion of the WMAP program, Bennett was a deputy principal investigator for the earlier Cosmic Background Explorer (COBE) spacecraft. That’s the physics equivalent of starring on one Super Bowl team and then going on to coach another. He started a lot earlier than COBE — becoming a ham radio operator as a boy and then losing himself in the study of radio waves in general. Any inconsistencies between the COBE findings and the WMAP findings can be seen as a feature not a bug of Bennett’s work, with a later, more versatile spacecraft building on the findings of an earlier one. He is well positioned to puzzle out what those differences mean.

Gary Hinshaw: Now an astrophysics professor with the University of British Columbia, Hinshaw was lead data analyst with the WMAP team. “Data analyst” is usually a job that doesn’t make news, but in Hinshaw’s case it meant he was responsible for mapping the raw numbers the team was receiving from the spacecraft onto an overall cosmic atlas, creating what has been called “a baby picture of the universe.” He is also lead author or co-author of all of the significant papers the WMAP tam produced. Of working with such a small group to study such profound secrets he says: “It was quite a feeling to be in a room with less than 30 people who were the only ones in the world to know the age of the universe.” But everything the WMAP scientists learn, they share with that world.

Norman Jarosik: A senior research physicist and lecturer at Princeton University, Jarosik is never quite as happy when an experiment he’s running produces all the wrong results. Yes, it might just mean that your methods are a mess, but it can also mean that you’ve done everything right and you’ve found something revolutionary. “You hope it’s not a mistake you’ve made but new physics no one has discovered,” he says. For WMAP, his work involved developing the spacecraft’s optics—the eyes that produce the images that most nonscientists love best. Designing and understanding complicated hardware is an act of joy for Jarosik, who once taught a course that required students to disassemble confounding devices like motion detectors and figure out how they work. It’s a big jump from there to the structure of the cosmos, but it’s one he has made.

David Spergel: It says a lot when writing the new planetarium show for the New York Museum of Natural History as well as writing what are currently the two most cited papers in physics and space science are among your lesser accomplishments. But that’s the case with David Spergel, a Princeton astrophysicist who worked as lead theorist on the WMAP team. Theory is easily the hardest part of any project like this, if only because when you’re all done, there’s nothing solid you can hold in your hand — only knowledge in your mind. Spergel has also worked on conducting similar studies with the Atacama Cosmology telescope in the Chilean desert, and is helping to develop and plan the upcoming Wide-Field Infrared Survey Telescope (WFIRST). That spacecraft that will, among other things, study the universe’s mysterious dark matter and look for exoplanets in its free time.

Lyman Page: One of the founders of the WMAP team and later the principal investigator for Princeton University’s part of the project, Page continues to teach at Princeton and works with students to study and map the cosmic background radiation. That work allows him to explore the universe not just on its largest scales but its tiniest too, determining the concentration of subatomic particles like neutrinos and baryons. Page came to WMAP in a decidedly indirect way, having spent two of his early adult years sailing around Florida in an old wooden boat he rebuilt himself. After his steering mechanism broke, he came ashore and decided it was time to look for a new, promising line of work. Clearly, he found it.

For Cleveland, a professor in medicine and cellular and molecular medicine at University of California San Diego, one discovery just follows another. Cleveland is being honored for identifying one of the pathways responsible for amyotropic lateral sclerosis (ALS) or Lou Gehrig’s disease. His finding points to the role that certain degenerating nerve cells called glia have in the disease, and he has developed a therapy for combating this process that seems to treat ALS in animal models.

But this isn’t Cleveland’s first breakthrough. He was the first to isolate the tau protein, one the hallmarks of Alzheimer’s disease, and has developed a DNA-based therapy that treats spinal muscular atrophy in infants.

Proteins are essential for many body functions — many hormones and most enzymes are proteins, for example — but in order for them to function properly, they need to be folded into exactly the right origami-like shape. Improperly folded proteins don’t work the way they are supposed to, and can even cause disease. Mori and Walter identified a way that the body can identify such problem-causing misfolded proteins and realign them.

Walter is developing a drug based on the finding that could improve memory and function in brain-damaged mice and that might one day also be applied to traumatic brain injury, Parkinson’s, Alzheimer’s and ALS in people.

Mori is investigating a way to attack cancer by disrupting this system in tumor cells.

Nasmyth is winning a life sciences award for figuring out how 6.5 feet of DNA can pack itself into each cell without getting tied up in knots. His breakthrough came while rock climbing, when he was inspired by a close look at the ropes he was using. Similar to how ropes and metal rings are organized during climbing, Nasmyth figured that DNA must fold itself up in a particular looping pattern. He also surmised that when DNA loops are not lined up correctly, it can cause disease. This new understanding could help scientists figure out new ways to get rid of disease.

Chory has advanced Parkinson’s disease, but she doesn’t let her diagnosis keep her out of the lab. She has found a way to genetically engineer plants so that they can pull more CO2 out of the atmosphere and store the gas in its roots. Based on her advance, she’s hoping to cultivate plants are that are well adapted to extreme weather and can help feed more people.

Hacon and McKernan are scholars in algebraic geometry. They study geometric objects that exist in more than three dimensions. Both researchers use algebra to project objects from 1000 dimensions into lower dimension objects, and the duo has jointly won awards together in the past for their work. Despite the difficulty of their work, Hacon describes himself as a “late bloomer,” when it comes to mathematics. 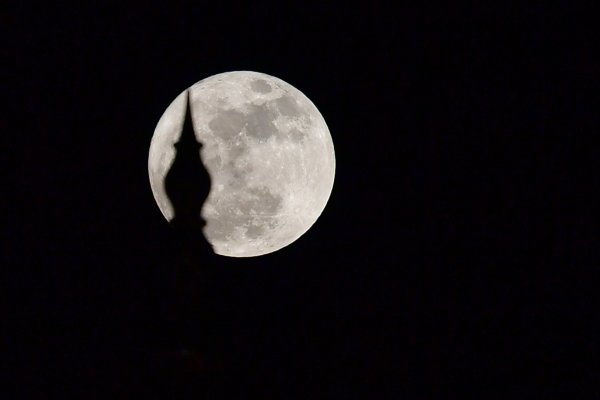