The Walking Dead Just Put Eugene to the Ultimate Test

After discovering that Dwight was the traitor among the Saviors in “The Big Scary U,” Eugene was faced with his biggest test since arriving at the Sanctuary.

With the compound still surrounded by walkers and Eugene tasked by Negan himself with finding a way to get rid of them, it was clear throughout Sunday’s episode that Eugene was reaching his wits’ end. However, despite the risk involved in keeping his secret, he still promised not to tell Negan about Dwight’s betrayal as long as Dwight would stop working with Rick.

Eugene was also faced with the added pressure of Father Gabriel pleading with him to do the right thing by getting Dr. Carson back to the Hilltop so he could monitor Maggie’s pregnancy. “You’re a man of science who not too long ago would’ve found it impossible to believe that the dead could walk,” Gabriel told him. “So maybe it’s not impossible to believe that you will know what the right thing is when the time comes, and then you’ll act.”

But after Dwight foiled Eugene’s plan to use a homemade drone of sorts to draw the walkers away and Daryl — disregarding Rick’s orders — slammed a truck into the Sanctuary to give the dead a way inside, Eugene was intent on convincing Gabriel that he would never stick his neck out for anyone but himself.

“I will not end up like Sasha or you! You both made your choices — what I imagine most were calculated as the right thing,” he angrily asserted. “I cannot do the same. Now judge me if you choose. But I’m seeing 20 for 20, I’m feeling 10 for 10, I’m receiving five by five that staying safe means staying alive and I’m A-OK with doing whatever it takes to lock that down.”

This led to a conversation with Negan in which it seemed certain that Eugene would out Dwight as the mole. But when the other Savior lieutenants, including Dwight, entered the room, he appeared to flip-flop on his decision.

While that doesn’t mean Eugene has had a complete change of heart — he’s planning to get Negan and the Saviors out of their current bind — it seems to prove that there is at least a small part of him that is still willing to look out for others.

Elsewhere, Rick brought Jadis and her junkyard gang to heel by defeating one of their armored walkers for a second time and offering them a fourth of the Saviors’ belongings once the group was defeated.

But if the episode’s final scene is any indication, Rick and company may be on a crash course to disaster in the mid-season finale. 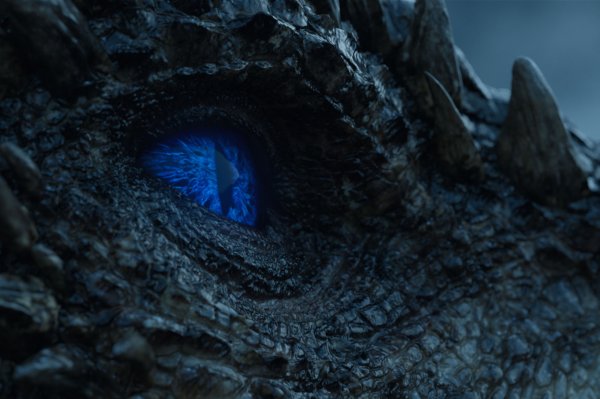 Jason Momoa: Final Season of Game of Thrones to be 'Greatest Thing Ever Aired'
Next Up: Editor's Pick