The Tax Reform Bill Could Hurt Wind and Solar Power

The Republican tax plan headed for a vote in the Senate could halt the rapid growth in solar and wind power in the United States.

An obscure provision of the tax bill — part of a provision to limit tax deductions for certain overseas activities — threatens a financing mechanism that generated $13 billion in investment in U.S. renewable energy this year, according to energy research firm Bloomberg New Energy Finance.

“This is Defcon One,” says Gregory Wetstone, president of the American Council On Renewable Energy. “It would simply undermine the financial structure that is critical for renewable energy and bring a booming sector to a halt.”

Renewable energy sources such as wind and solar power have expanded rapidly in recent years as falling costs have made them increasingly competitive with fossil fuels. Wind and solar now make up around 7% of the U.S. electricity supply, up from less than a single percentage point a decade ago, according to data from the Energy Information Administration. That number is expected to grow rapidly in the coming decades as technology advances.

That growth has in part been spurred by a generous tax credit that allows developers to deduct 30% of the cost of building new solar and wind power plants from their federal tax burden. Some Republicans in Congress sought to axe that measure as they looked for ways to fund a massive tax cut, but the measure was saved thanks to support from several GOP senators including Iowa’s Chuck Grassley.

But analysts say that a different provision could render the tax credit meaningless anyway.

Renewable developers, who typically do not have enough taxable income to take full advantage of the incentive, often offer the credit to other companies in exchange for capital to develop new projects. In total, that practice provides nearly a third of the total funding for such projects, according to BNEF.

The Senate tax bill would create a tax on such investments provided by multinational corporations. The exact rate of that tax would vary from company to company, but could be as high as 100% in some cases. It would also apply retroactively to previous tax years, meaning headaches for companies that have financed renewable energy projects in the past.

Still, the provision could wind up not becoming law even as the tax bill appears increasingly likely to pass. BNEF analyst Stephen Munro described the potential harm to the renewable energy industry as “collateral damage” rather than a deliberate attempt to hurt wind and solar power. That fact increases the chances that lobbyists will succeed in pushing the Senate to strike the provision. The tax bill that passed the House of Representatives does not contain a similar provision.

“This is a rapidly unfolding situation,” says Munro. “Right now we don’t have any change, what we have is a threat.”

A change to the tax code is the latest in a string of hazards the renewable energy industry has faced since Republicans captured Congress and the White House. Renewable groups fear that the Trump Administration could announce a tariff on foreign made solar panels that would increase the cost of new solar projects, a Department of Energy proposal would subsidize financially strained coal and nuclear power plants to the detriment of cleaner alternatives and across the Trump Administration officials have sought to undo regulations that nudged the power industry away from coal.

But despite all these changes the cost of renewables will likely continue to fall as technology advances making clean energy sources harder to ignore — no matter the tax incentives.

“The industry has demonstrated over the last seven to ten years a remarkable ability to innovate,” says Munro. “We can expect innovation to play a role in whatever comes out of this legislative action.” 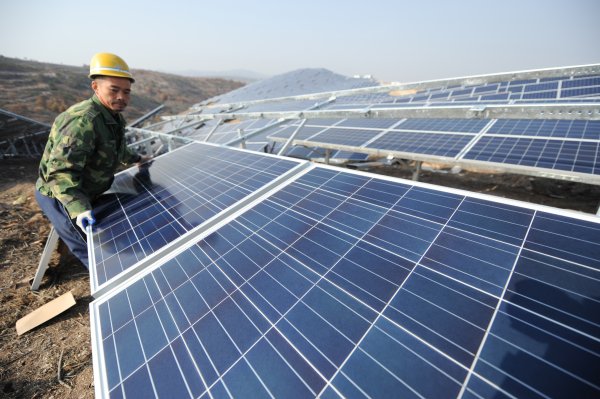 How China Could Shape the Future of Energy
Next Up: Editor's Pick