A Trio of Trump Retweets Strains the Special Relationship

It takes a lot to unite British politicians in the fractious days post-Brexit referendum. But lawmakers have found rare consensus in condemnation of U.S. President Donald Trump over his promotion of a far-right leader’s anti-Islam tweets — and his refusal to apologize for it.

Britain First’s deputy leader Jayda Fransen, who is convicted of racially aggravated harassment, thanked the President for sharing her post to more than 40 million people. “GOD BLESS YOU TRUMP! GOD BLESS YOU AMERICA!” She tweeted.

The apparent endorsement of a political movement widely seen as extremist was too much for politicians across the spectrum. Sajid Javid, a British Pakistani member of parliament (MP) for the ruling Conservative Party led by Prime Minister Theresa May, directly referenced Trump in a tweet typical of the messages being sent:

On Wednesday, Prime Minister Theresa May admonished the President for giving the group an international platform. “It is wrong for the President to have done this,” her Downing Street spokesman said. “Britain First seeks to divide communities by their use of hateful narratives that peddle lies and stoke tensions… British people overwhelmingly reject the prejudiced rhetoric of the far right which is the antithesis of the values this country represents, decency, tolerance and respect.”

Trump, never one to back down from a direct challenge, poured oil on the flames with a tweet in response later on Wednesday. “.@Theresa_May, don’t focus on me, focus on the destructive Radical Islamic Terrorism that is taking place within the United Kingdom” he tweeted Wednesday evening.

The President’s refusal to address the retweets threatened to turn the war of words into a full-blown diplomatic spat as the U.K. woke up on Thursday. The British Ambassador to the U.S. Kim Darroch said he raised his concerns with the White House on Wednesday.

Opposition parties also reignited their call to cancel Trump’s invitation to the U.K. for a state visit, regarded as a huge honor with a carriage procession to Buckingham Palace and a royal banquet. London Mayor Sadiq Khan, who has butted-heads with Trump in the past, wrote on Thursday that the American President “would not be welcome.” Labour Party lawmaker Kevin Brennan said the Queen has a busy year ahead with the birth of a new grandchild and the wedding of Prince Harry. “Don’t those facts alone justify the government announcing a postponement of the state visit by the president of the United States for at least, say, three years?” he asked Parliament.

May demurred from postponing or canceling the trip, while her interior minister Amber Rudd stood up in parliament to remind lawmakers about “the importance of the relationship” with the U.S. “That is the bigger picture here and I would urge people to remember that,” she said.

The furor over the President’s actions present an issue to May. Since Britain’s vote to leave the E.U. last June, the Prime Minister has attempted to foster the so-called special relationship between the U.S. and Britain, in the hopes of securing a lucrative trade deal after Brexit is finalized. She was the first world leader to visit Trump after his January inauguration.

But the beleaguered Conservative party leader, who lost her majority in an ill-fated general election earlier this year, was instead forced to reiterate her stance against Trump at a Thursday press conference. “The fact that we work together [with the U.S.] does not mean that we’re afraid to say when we think they have got it wrong. I am very clear that retweeting Britain First was the wrong thing to do” May said to loud applause from the British media contingent in Amman, Jordan, while on a three-day tour of the Middle East.

May is still constrained by her position. U.S. support will be crucial as the U.K. nears the exit from the E.U. She cannot afford to “abandon the U.S. and the friends she has,” Chatham House Associate Fellow Leslie Vinjamuri says. But “diplomacy is about the long-term relationship and respect of partners and allies … If you start chipping away at that, the character and richness of that relationship will inevitably change.”

The feud could also rebound on the U.S., Vinjamuri adds. Both governments rely on intelligence sharing, which is “at the heart of the special relationship … The last thing the U.S. needs is to alienate Britain and alienate those who work in the [U.S.] intelligence agencies.” Former Deputy National Security Advisor Ben Rhodes shared similar sentiments:

Britain wasn’t the only ally offended by Trump’s retweets. One of the videos purported to show a “Muslim migrant” beating up a “Dutch boy on crutches.” However, after Dutch media reported the assailant was neither Muslim nor a migrant, Dutch officials from the Netherlands Embassy rebuked Trump for spreading fake news. 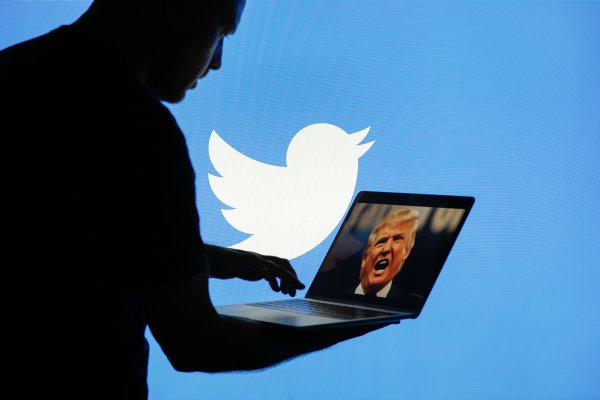 All About the Far-Right U.K. Group Trump Retweeted
Next Up: Editor's Pick