Garrison Keillor Jokes About Improper Behavior Allegations: 'All My Heroes Got Fired'

Shortly after announcing he had been fired from Minnesota Public Radio (MPR) for what the station deemed improper behavior, radio personality Garrison Keillor released an unusual statement that appears to deny or downplay the allegations against him.

After notifying the Associated Press of his termination, the former A Prairie Home Companion host emailed a statement to the Minneapolis Star Tribune.

“I put my hand on a woman’s bare back. I meant to pat her back after she told me about her unhappiness and her shirt was open and my hand went up it about six inches. She recoiled. I apologized,” the statement reads. “I sent her an email of apology later and she replied that she had forgiven me and not to think about it. We were friends. We continued to be friendly right up until her lawyer called.”

Later in the statement, Keillor even joked about the situation. “Getting fired is a real distinction in broadcasting and I’ve waited fifty years for the honor. All of my heroes got fired. I only wish it could’ve been for something more heroic,” he wrote.

Later, he added that he was known for resisting physical contact on set, and implied that he had been the victim, not the perpetrator, of improper behavior in the past. “If I had a dollar for every woman who asked to take a selfie with me and who slipped an arm around me and let it drift down below the beltline, I’d have at least a hundred dollars,” the 75-year-old wrote. “So this is poetic irony of a high order. But I’m just fine. I had a good long run and am grateful for it and for everything else.”

As of Wednesday afternoon, Keillor’s personal website had been scrubbed of everything except a separate written statement. He wrote:

MPR said it received only one complaint about Keillor — apparently the one mentioned in the host’s statement — dating back to his time with A Prairie Home Companion, and was not aware of further incidents, AP reports. The station has also said it will change the name of Keillor’s former show, and cease airing both his daily poetry reading, “A Writer’s Almanac,” and “The Best of A Prairie Home Companion.” 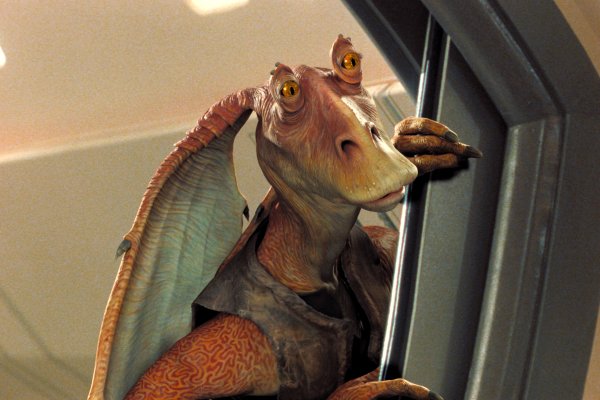 No, Jar Jar Binks Isn't Returning to Star Wars
Next Up: Editor's Pick