U.S President Donald Trump caused controversy on both sides of the Atlantic on Wednesday when he shared three anti-Muslim videos tweeted by a fringe, far-right group Britain First.

Trump retweeted links to three unverified videos shared by Jayda Fransen, deputy-leader of the ultranationalist Britain First, which were captioned: “Muslim Destroys a Statue of Virgin Mary!,” “VIDEO: Muslim migrant beats up Dutch boy on crutches!” and , “VIDEO: Islamist mob pushes teenage boy off roof and beats him to death!”

Fransen, who was convicted in 2016 of religiously aggravated harassment, was elated that the U.S. President had shared her posts to more than 40 million people. “GOD BLESS YOU TRUMP! GOD BLESS YOU AMERICA!” She tweeted.

Here’s three things to know about the fringe, ultra-nationalist group:

1. They are known for their Islamophobic stunts

Britain First claims to be an anti-immigration group, which seeks a nativist return to traditional “British history… culture and customs,” according to a page on its website that has since been removed. It claims to be “committed to maintaining and strengthening Christianity” and has a paramilitary wing, known as the Britain First Defence Force.

But it has become notorious for its confrontational anti-Islam stunts, such as “invading” mosques in London in order to distribute inflammatory propaganda. Their actions are designed to “ignite violent responses from the Muslim communities,” according to anti-racism advocacy group Hope Not Hate.

Fransen, Britain First’s deputy leader who Trump retweeted on Wednesday, was found guilty of religiously aggravated harassment in 2016 for hurling abuse at a Muslim woman, who was with her four children.

The group’s leader Paul Golding ran against Sadiq Khan in last year’s London mayoral election. Golding came in eighth place as Khan was anointed the country’s first Muslim mayor. Golding stood with his back to Khan and the new Mayor of London made his victory speech. The group later said that it would take “militant direct action” against elected Muslim officials.

2. They gained notoriety after the murder of British lawmaker Jo Cox

Britain First came to new prominence after the June 2016 murder of Labour party lawmaker Jo Cox. At the height of the 2016 E.U. referendum campaign, far-right extremist Thomas Mair confronted Cox and shouted “Britain First” as he shot and stabbed her at her constituency near Leeds.

Britain First distanced themselves from the attack and condemned Mair’s actions. On Wednesday, Brendan Cox criticized Trump Wednesday for legitimizing a far-right group in the U.K.

3. Trump’s tweets were greeted with howls of outrage

British commentators and politicians stand appalled that Britain First, which has no elected representatives and is known for its virulent Islamophobia, was given a platform by the American President.

Piers Morgan, the TV journalist who has been a supporter of Trump, asked his former The Apprentice co-star “what the hell are you doing retweeting a bunch of unverified videos by Britain First, a bunch of disgustingly racist far-right extremists?”

Another Labour party lawmaker, David Lammy, said Trump is “is no ally or friend of ours” and was “not welcome” in the U.K.

Journalist and author Laurie Penny, an occasional TIME contributor, put the President’s retweets in some context:

Even the editor-at-large of Infowars, a hub for the American so-called “alt-right”, questioned the wisdom of the President’s retweets, calling it “not great optics”:

The retweets remained on President Trump’s account as of 9am ET Wednesday morning. 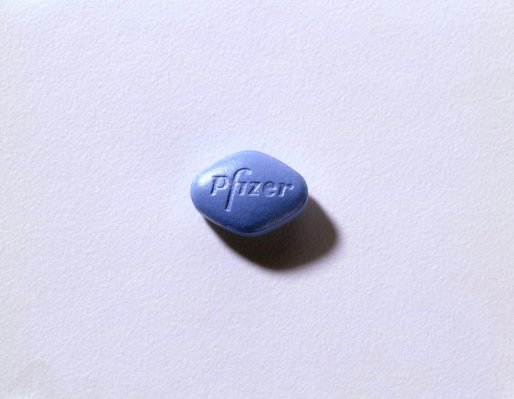 Brits Will Now Be Able to Buy Viagra Over the Counter
Next Up: Editor's Pick