Prince was not one to send a lot of e-mails, but for teen TV star Yara Shahidi, he made an exception.

It helped that her dad Afshin was the superstar’s longtime photographer, who has a wealth of stories behind his many photos of the musician, including one from a London concert at which Yara was the youngest fan in attendance.

Prince messaged the politically vocal star a few years ago to tell her, artist to artist, that he was proud of her. Yara’s popular ABC sitcom Black-ish explores issues of race and class through the everyday experiences of her character Zoey’s family. Next year, Zoey’s story will continue to evolve in a spinoff, Grown-ish, that will explore many of the same issues in a new setting: college.

Yara still remembers Prince’s fuzzy purple rug from when she was little, but nothing was as enduringly influential as her father’s close working relationship with his world-famous boss. In fact, that’s what laid the groundwork for the family’s high expectations of their “creative experiences, work relationships, and personal relationships,” Yara tells TIME.

“It was about not seeing limitations,” Afshin adds. With an assist from his book Prince: A Private View, which compiles images of the megastar holding court onstage and off throughout his career, the family discusses the impact of what Yara’s mother Keri calls Prince’s “creative abundance.”

“You’ve taken the baton and taken it to another level,” Afshin tells Yara. Support from high places may just be part of her routine. Next year, she starts at Harvard University, thanks in part to a recommendation letter from Michelle Obama.

Yara, Keri, and Afshin sat down with TIME to discuss their fondest memories of Prince and lessons in artistry from the Purple One. 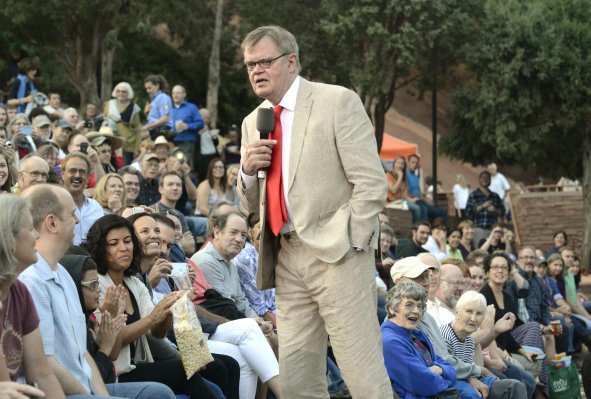 Garrison Keillor Jokes About Being Fired
Next Up: Editor's Pick