Forget Dating Sites, Try Facebook Instead To Find the One

Online dating can be so stressful – filling out the profile and keeping up with all the interactions can feel like a job – so it’s no surprise that sometimes digital romance blooms under more Facebook friend-ly circumstances.

Jeffrey Hall, associate professor of Communication Studies at University of Kansas, was surprised to learn that 7% of people who married after meeting online had met for the first time on social networking sites like Facebook, MySpace and ClassMates – not matchmaking chat rooms, or online dating sites or via other romance-centric cyber connections.

MORE: Inside Tinder: Meet the Guys Who Turned Dating Into an Addiction

“It was really, really astonishing, since [romantic relationships] aren’t the purpose of these sites,” he says of the data, which came from eHarmony, the online dating service.

Hall decided to investigate the connection, and learn more about who was meeting their significant other this way, and how well these marriages fared. The sample included 19,131 participants who had been married once between 2005 and 2012, and were asked where they met – was it online dating sites; email or instant messaging; online communities such as chat rooms or virtual reality games; or social networking sites.

Those who met on social networking sites were more likely to be younger, married more recently, and African American compared to those who met on other ways on the internet.

MORE: Online Dating Doesn’t Just Save You Time, It Saves You at Least $6,400

And when the participants were compared on marital satisfaction, the partners who met via social networking reported being just as happy as those who were introduced on online dating sites, which tout their compatibility benefits, and more satisfied than those who met on online communities, which nurture conversations among people with similar interests and beliefs. What surprised Hall even more, however, was that the social networking-based relationships were happier than those that began offline, in traditional ways such as being introduced by mutual friends.

“I was surprised by a lot of these results,” he says. “I think that social networking is the digital version of being introduced by friends.” For most of the 20th century, friend-based introductions were the primary way people met their spouse, he says, and social networks may simply be an extension of that pattern.

That could also explain why marriages that began on social networking sites were also no more likely to end in divorce than unions that were generated by online dating sites that involve algorithms and strangers trying to match people together, rather than acquaintances who know their friends’ likes and dislikes and personality best.

MORE: With Oculus, Facebook Can Reinvent Itself — and Its Reputation

Social networking sites also have another potential advantage over dating services – they aren’t burdened by the pressure of trying to find love and the anxiety of having to present yourself in the best possible light to catch a mate. While there’s no truth filter on sites like Facebook, and there is certainly some amount of self-promotion and exaggeration, having your circle of friends visit your page can keep you pretty honest, which means by and large, your social network version of you is relatively close to the real thing – at least that’s what the studies show.

The result? Conversations, observations and interactions on social networking sites may be more casual and low risk, relieved of the pressure and anticipation of a potential date (or rejection for a potential date) that shadow every picture, message and response on dating sites. “In part, social networking sites provide a low risk, high reward place to meet people,” says Hall. “It’s a good place to do some investigating and a good place to learn about people that doesn’t carry the self-presentational weight of creating an online dating profile.”

The fact that most of the marriages were among African-Americans could reflect the fact that at the time the data were collected, between 2005 and 2012, African-Americans and Latinos were over-represented on social networking sites compared to their proportions in the general population. For these groups, he says, such sites may have been a way to expand their already close-knit network of friends to include others like them, but not yet part of their local connections.

Of course, the data may also reflect more early social networking behavior than the way that people use the sites today. While it dominated the early days of cyber connecting, for example, MySpace was surpassed by Facebook in 2008 as the primary source of online interactions. And the rising age of Facebook users may also have an effect on the patterns that Hall found. While it’s possible that people who meet and marry via social networking sites may always be from a young demographic, it’s also possible that as more people join the site, including those who are looking for a second chance at love later in life, could drive that average age up.

What the results do show is that we shouldn’t be so quick to dismiss social networks as an important tool for finding love in the 21st century. According to a Pew Research Center Internet Project poll, in 2013, 24% of internet users have flirted with someone online, compared to 15% in 2005. And Hall’s findings suggest that those flirtations, if they’re on social networking sites, are increasingly likely to lead to meaningful relationships, and even happy marriages. 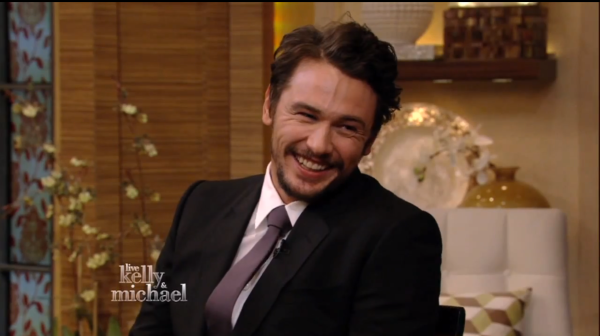 James Franco Admits to Flirting With Teenage Girl
Next Up: Editor's Pick