A gigantic asteroid will pass by Earth in December — but scientists say the “close” encounter isn’t cause for concern.

A three-mile-wide asteroid called 3200 Phaethon will come within 6.4 million miles of Earth on Dec. 16, according to NASA. While that’s relatively close in space terms — for context, the rock hasn’t gotten this close to our planet since 1974, by NASA estimates — and 3200 Phaethon’s size and proximity to Earth have earned it a “potentially hazardous” asteroid moniker from the International Astronomical Union, scientists say there’s no need to plan for an impending apocalypse.

Michael Mendillo, a professor of astronomy at Boston University, says that while “it would be this kind of object that would cause a catastrophic collision, should there be one,” that kind of collision is highly unlikely.

“This object appears to be, at the moment, in a very stable orbit. It’s very predictable. If no other mass comes close to it, those predictions will be accurate for thousands of years,” he says, adding that there’s no indication that an external force will perturb the asteroid any time soon.

Even NASA’s long-term projections, which predict that the asteroid will come within 1.8 million miles of Earth in 2093, aren’t cause for concern, Mendillo says.

“If you had a more massive object, its gravitational influence might make bigger tides or things of that nature, but it doesn’t really have enough mass to affect the flow of water on Earth, and it’s far enough away that it’s not going to be in our atmosphere,” he explains. “A million miles is still pretty big.”

While there’s no need to worry about a collision, Mendillo says Dec. 16 will provide a unique opportunity to glimpse an asteroid in action. If you know where to look, he says, it should be visible through only a small telescope.

Amateur astronomers can also look forward to another byproduct of 3200 Phaethon: the Geminid meteor shower, an annual display that, at its peak, rains 120 meteors per hour. (This year, the peak will be from the night of Dec. 13 into the morning of Dec. 14, according to Space.com.) Unlike most meteor showers, which come from comets, scientists believe Geminid can be traced back to 3200 Phaethon — but even NASA isn’t quite sure how that could have happened.

“This brings up just another aspect of how nature works in strange and wonderful ways,” Mendillo says. 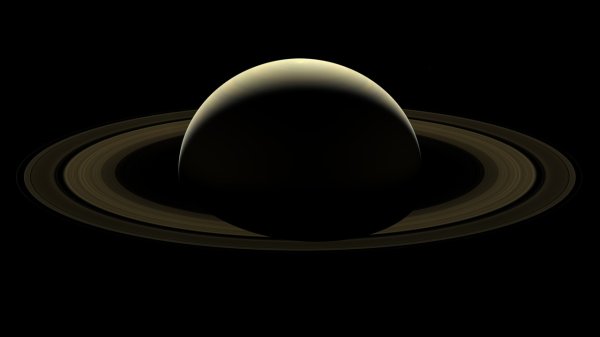 This is the Cassini Probe's Last Picture of Saturn Before It Plunged to Its Doom
Next Up: Editor's Pick