The last image of Saturn released by NASA from the Cassini probe, before it plunged into Saturn's atmosphere
NASA/JPL-Caltech/Space Science Institute
By Billy Perrigo

NASA has released one final image of Saturn, taken before the Cassini probe plummeted into the planet’s atmosphere, concluding a 20-year mission.

The probe actually crashed into Saturn last month, but the final image — a mosaic — was released last Tuesday. Saturn’s moons Prometheus, Pandora, Janus, Epimetheus, Mimas and Enceladus are all visible in the otherworldly photo.

“Cassini’s scientific bounty has been truly spectacular,” said Robert West, Cassini’s deputy imaging team leader. “A vast array of new results leading to new insights and surprises, from the tiniest of ring particles to the opening of new landscapes on Titan and Enceladus, to the deep interior of Saturn itself.”

Cassini’s last mission was to pass through the space between Saturn and its rings, which no spacecraft had ever done before. The probe was transmitting data right up until it entered the atmosphere.

The decision to send Cassini toward the planet was a final act taken to ensure the probe didn’t accidentally contaminate one of Saturn’s moons, which NASA scientists think could have the potential for life.

Launched in 1997, it took Cassini seven years to reach Saturn and it orbited the planet for 13 years. The probe cost $3.26 billion, and was the product of a cooperative effort between NASA, the European Space Agency and the Italian Space Agency. 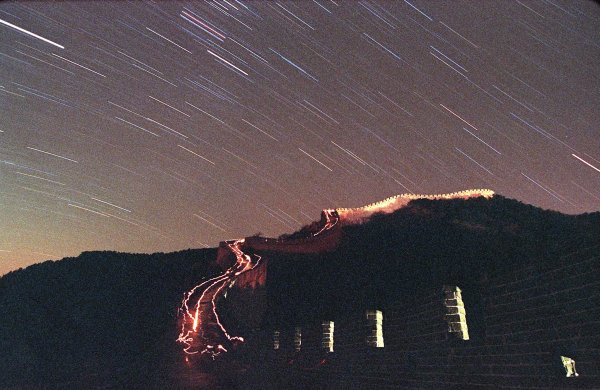 Here's How to Watch the 2017 Leonid Meteor Shower
Next Up: Editor's Pick