Ivanka Trump Talks Female Empowerment in India. But She's Faced Criticism Over Her Brand's Factories There

Ivanka Trump touted female entrepreneurship at a summit in Hyderabad, India on Tuesday, while continuing to face scrutiny over the working conditions at the factories that produce her clothing line.

Trump led the American delegation to the annual Global Entrepreneurship Summit and touted the theme of “women first, prosperity for all” in her keynote address.

“I am proud to say that for the first time ever, women make up the majority of the 1,500 entrepreneurs selected to attend this summit,” she said. “Only when women are empowered to thrive, will our families, our economies and our societies reach their fullest potential.”

The city of Hyderabad prepared for her visit by repairing roads, banning beggars from the streets and rounding up hundreds of people who are homeless, the Associated Press reported.

Trump — who stepped back from daily management of her fashion brand when she became an assistant to the President — has been criticized because her clothing company relies on overseas manufacturing in countries including India, Vietnam, Bangladesh and China, where mostly female factory workers often suffer poor working conditions and low pay, according to a Washington Post report on the business.

This month, 23 workers’ rights groups called on Trump to release information about the factories that manufacture her clothing line and to “raise standards for workers in the United States and around the globe, especially those that make clothing bearing your name.”

“Our administration is advancing policies that enable women to pursue their careers and care for their families, policies that improve workforce development and skills training, and policies that lift government barriers and fuel entrepreneurship so that Americans can turn their dreams into their incredible legacies,” Trump said in her address on Tuesday. 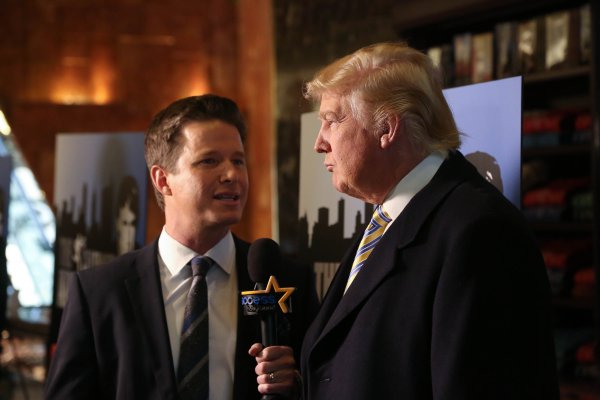 Access Hollywood Hits Back After Report that President Trump Says Leaked Tape Is Fake
Next Up: Editor's Pick