The Senate tax reform bill would hurt lower-income Americans while giving substantial tax cuts to those making more than $100,000 a year, according to the Congressional Budget Office.

The nonpartisan analysis, released Sunday, will complicate efforts to sell the tax plan to the public, though it will probably not shift the calculus within the Senate Republican caucus on the legislation. That’s because it largely fits within existing GOP arguments about taxes and health insurance.

On Monday, Kentucky Sen. Rand Paul published an op-ed on Fox News’ website saying that he will support the bill, despite previously voting against a budget resolution that was a key step toward passage.

One reason he listed? The bill includes a repeal of the requirement that individual Americans purchase health insurance.

“I’m also pleased to note that, in part by my urging, the Senate tax-plan writers have included repeal of the ObamaCare individual mandate in the tax plan,” he wrote. “The mandate is clearly a tax, a fact that was established by the Supreme Court when it upheld ObamaCare. So including it in the tax bill only makes sense.”

But including the repeal is one reason the CBO said the bill will hurt the poor. First, without a penalty, some healthy people would choose to forgo health insurance — which Republicans point to as a reason not to be concerned.

“I have always supported the freedom to choose,” Republican Sen. Lisa Murkowski wrote in an op-ed for the Daily News-Miner. “I believe that the federal government should not force anyone to buy something they do not wish to buy, in order to avoid being taxed.”

But with fewer healthy people in the mix, insurance companies would have to charge more. As premiums rise, more poor Americans would find they can’t afford insurance, even with the tax credits and subsidies available under the Affordable Care Act.

In fact, the CBO found that if the bill becomes law, 13 million more Americans will be without insurance by 2027.

Again, that’s not a surprising finding, given that the bill would undercut a central part of the Affordable Care Act, so it’s not going to change many minds in the Republican caucus.

The CBO analysis also found that the bill would add $1.4 trillion to the federal deficit over the next 10 years. That number is much more likely to affect the internal political fight over the bill, as some deficit hawks in the Senate have already raised concerns that the bill would boost the deficit even more.

As Arizona Sen. Jeff Flake noted, the official analysis of the bill assumes that tax cuts in the bill that are set to expire will actually do that, which he thinks is unlikely.

“The savings, the score, it just isn’t valid because you know that they’re not going to follow through,” he told Politico. “You can’t assume that we’ll grow a backbone later. If we can’t do it now, then it’s tough to do it later.” 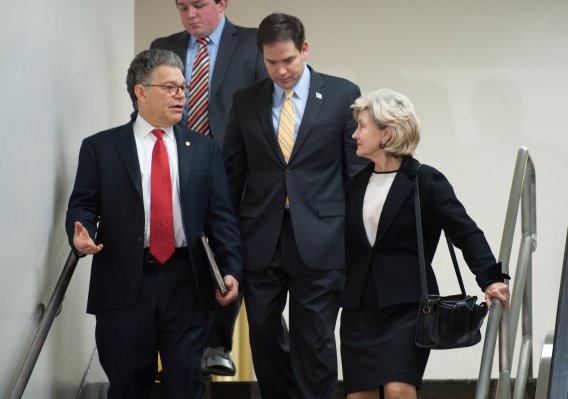