50 Years Ago This Week: How Hollywood Changed in the 1960s

Anyone who remembered the negative review that TIME gave Bonnie and Clyde when it was released in the summer of 1967 might be surprised to see the film show up on the cover months later, getting a second appraisal. And what an appraisal it was. “Bonnie and Clyde is not only the sleeper of the decade but also, to a growing consensus of audiences and critics, the best movie of the year,” the story proclaimed.

Though the movie got a second look on its own merits — the original critic had failed by trying to pass judgment on how faithful the plot was to the true story on which it was based, the reassessment concluded — it was thus highlighted for a different reason. Bonnie and Clyde stood in for a whole new movement in American cinema, in which Hollywood was producing films that enjoyed “a heady new freedom from formula, convention and censorship.” Movies, in short, were more exciting than ever:

One reason for the change, some experts guessed, was that the American movie-going public had — thanks in part to television — become too used to video to be amused by what they had once loved. Moreover, where people had once seen going to the movies as an exciting outing, regardless of the film itself, now they went to see a particular movie, added Paramount’s Robert Evans.

And newness, it appeared, was working: Bonnie and Clyde had not only received Hollywood’s rare second chance, it had also been a hit.

Person of the Year: In the letters section, readers began to chime in with their suggestions for who should be 1967’s Man of the Year, as the TIME franchise was then called. The nominations ran from Richard Nixon to Charlie Brown to “Mr. Average Citizen” because, as that reader put it, “Who else could have watched, listened to, and read the events of 1967 without having rioted, smoked pot, sat in, become a hippie, took a trip, struck, or protested the war in Viet Nam?”

Goodbye McNamara: This week’s national news section marked the departure of Robert McNamara as Secretary of Defense, who was shaking up Washington, D.C., by leaving government to become President of the World Bank. Though the news was heralded as so dramatic that it was “as if the Washington Monument had toppled from marble fatigue,” in fact it represented an elegant solution for President Johnson and for McNamara, who were able to use the career change to get McNamara out of a position that had become awkward without it seeming like a resignation or a firing.

Nuclear aspirations: In observing the 25th anniversary of Enrico Fermi’s success at creating a self-sustaining nuclear reaction, TIME noted that one of the atomic age’s biggest successes was in the field of nuclear power, and predicted that by 1980 nuclear power would account for one-third of all U.S. energy needs. In fact, according to the World Nuclear Association, nuclear only accounted for 11% of U.S. energy generation at that point.

Going it alone: Though many U.S. adoption agencies had formerly banned single people from adopting children, a rise in the need for adoptive parents had prompted a change in policy, the Modern Living section reported. One qualification the ideal single adoptive parent would need, however, remained: “personal confidence in the face of possible dissent over what they are doing,” as one caseworker put it.

Great vintage ad: GE’s Christmas gift guide is a chance to see some of 1967’s top gadgets all in one place.

Coming up next week: Heart Transplants 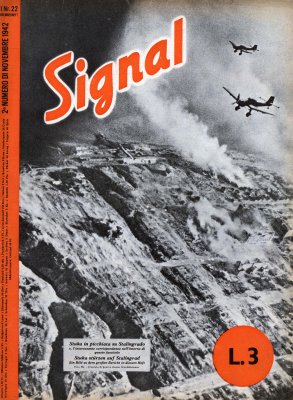 How the Nazi Propaganda Machine Used 'Fake News'
Next Up: Editor's Pick